My Epic Fell Running Adventure with inov-8 (Part one)

July 11, 2017
One week later I'm still in a daze from my amazing adventure with #TeamGetAGrip and inov-8. My feet are itching to be back in the beautiful Lake District, climbing more mountains with the hypnotizing views all around. We had a full running itinerary each day, and there are so many fantastic stories to share. So I'll be breaking up the trip into different posts to save you from reading an entire novel.


For those not in the loop, I won a competition through inov-8 for an incredible trip to England! (Check out the details in my previous post HERE) inov-8 pulled out ALL the stops to treat us like VIPs. It was truly a once-in-a-lifetime opportunity. I'm so stoked I was able to be a part of this and incredibly thankful to Team inov-8 for an adventure I'll remember forever.

This was the first time I'd ever been overseas, and what an experience it was! The other competition winners, as well as a few members from Team inov-8 and Freestak (the company who helped organize the competition and trip--and runners themselves!) all arrived in Manchester on Friday.  For those of us from the US, the flights were long but there were also local England runners, a few from Berlin, Amsterdam, and even Canada.


It was great having a wide variety of people from different backgrounds come together like this. Everyone had unique stories to share, but we had one thing in common--we were runners. So as with most runners, we all immediately clicked.


Once we had all joined together and met, we hopped in a van for the drive up north to where we would be staying--the beautiful Lake District in Keswick. It's not just the home of inov-8 HQ, but also a destination for runners who travel to the Lake District to tackle miles...and for good reason. The views are AMAZING! 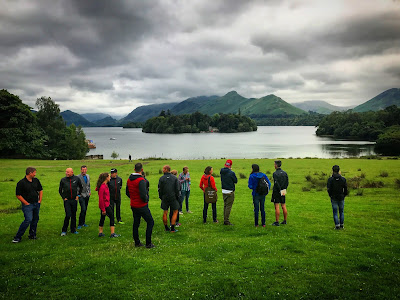 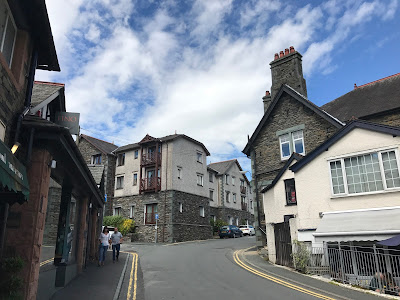 inov-8 set us up in two large cabins for the weekend, complete with tons of snacks and PLENTY of beer. They sure know how to accommodate runners! 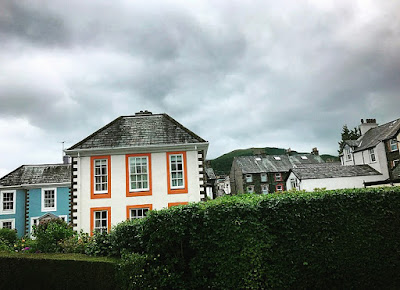 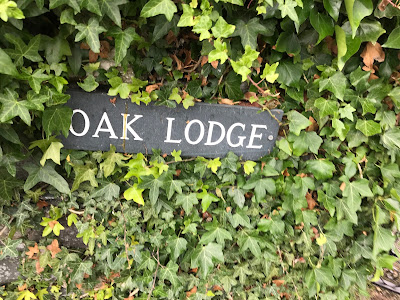 Once settled in, we had some quick story-time and ice-breakers around the living room with the inov-8 crew. We had a rather large crowd, but everyone was extremely friendly and so much fun to be around. 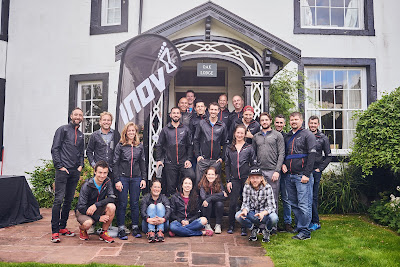 A few of us were jet-lagged so we called it an early night on Friday. On Saturday morning, we had quite the day lined up! First off was a "shake out" run... which ended up being about a five-mile run up a summit. This would become the norm for any run we did. No small runs or easy jogs...only summits and challenging trails...but I wouldn't have had it any other way! 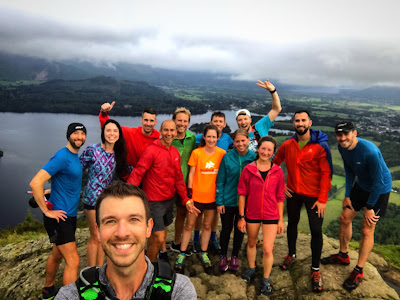 Saturday morning's run was just a taste of the beautiful mountains we'd be running up and down all weekend long. The trails were slick and steep, but green and lush. 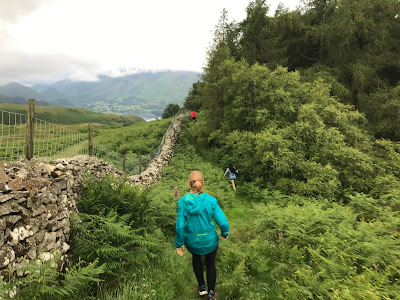 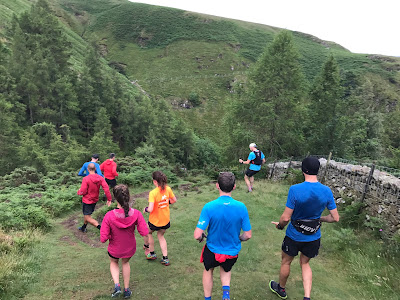 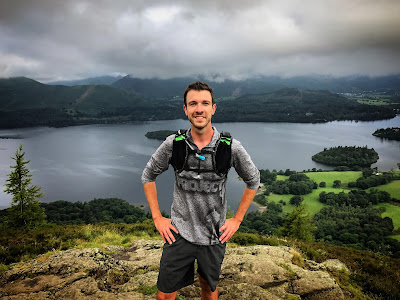 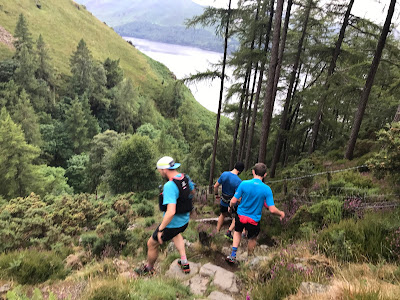 After our run, the jet lag had subsided and energy was high. We had gotten a taste of the trails and we were already wanting more! After a quick breakfast, Team Get A Grip and company piled back in the vans to visit the inov-8 headquarters. 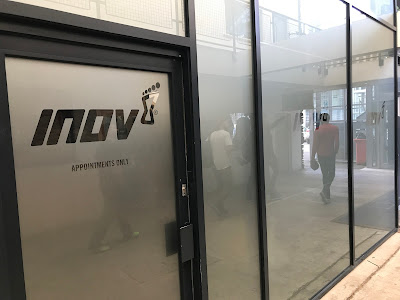 At HQ, we learned a lot more about how inov-8 started and the innovation behind their gear. I've loved and been a fan of iov-8 for quite some time. But learning the story behind their brand, as well as the amount of thought they put into each piece they make, really made me fall in love with inov-8 even more. 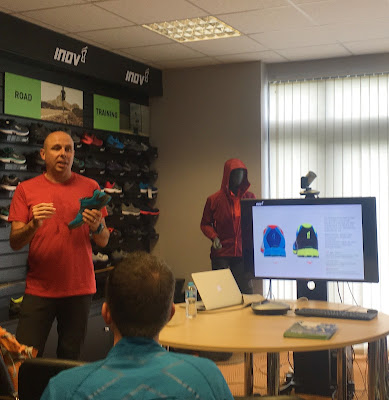 I'll save the details behind what I learned for a more gear-specific post. But I will tell you inov-8 was more than generous to our group. We received so many awesome pieces of gear I was astonished and so thankful. It was like Christmas! 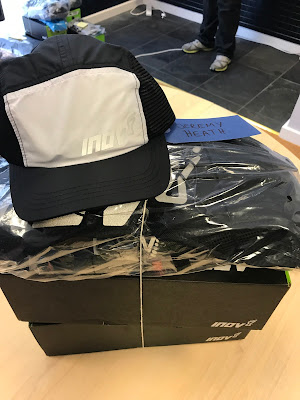 Inov-8 supplied us with several layers, as well as the key essentials to what we would need in our pack for race day. The Skiddaw Fell Race we would be running on Sunday wasn't your typical US race. There were pack requirements of everything from waterproof gear to mittens. I'll get into all that on my Race Day post. But rest assured, I will be using all the gear for many more races to come.

After unwrapping our amazing inov-8 gifts, we had lunch at the local brewery inov-8 employees visiting regularly. And we were all kitted out, head to toe, of course. After lunch, it was time to hit the trails again in our new gear, for our masterclass on Fell Running. 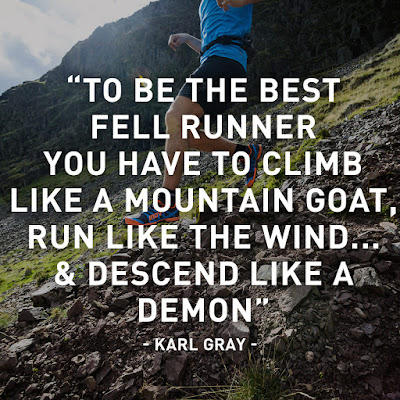 What is Fell Running you ask? In short...a fell is a term used in the Lake District area to describe the mountains or high moorland. Fell running does share many of the same characteristics of the typical trail running we love and know here in the US. The biggest difference is a fell running race can be very unpredictable when it comes to weather and the terrain. Hence why we needed all the gear.

Also, many fell races cross open areas without paths and you're left to choose your own route. In bad visibility (think super thick fog or rain), compass skills and a map are essential. For a great read on Fell Running, check out this Rough Guide to Fell Running from inov-8 elite Ben Mounsey.

Ben was also one of the leaders of our Fell Running masterclass. Most of this class was about learning how to properly run/power hike up the extreme inclines we would be experience at the race, as well as how to safely navigate the extreme decline! 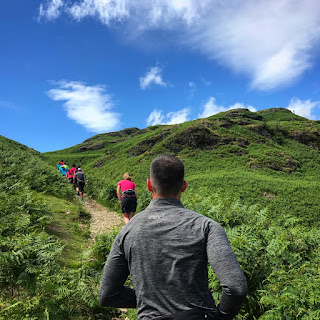 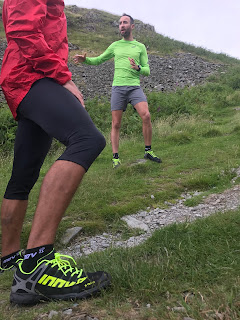 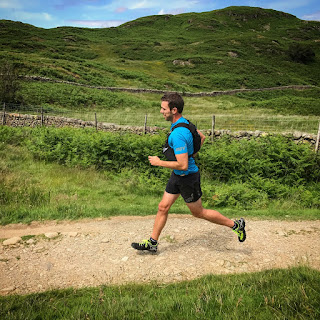 Imagine learning about your favorite subject ever... outdoors... and all the students are eager to learn with you. All while laughing and smiling along the way. That was this class. A truly awesome experience that was more like recess than class. But we learned so much!

I discovered how to run/power hike up steep inclines by pushing my hands agains my knees. It really saves both my back and energy so when a trail finally evens out, I haven't exhausted everything during the climb. 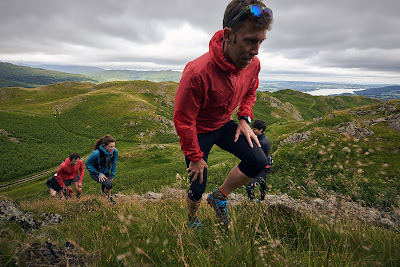 I also watched the elites and other fell runners fly downhill like it was nothing. The downhill I'm not so confident on, yet, so I need a little more practice. But it's essential to have a good pair of shoes with awesome grip like inov-8! The inov-8 shoes feature a variety of different levels of grip (more on that later)... but Grip... Team Get a Grip... get it now? ;-) 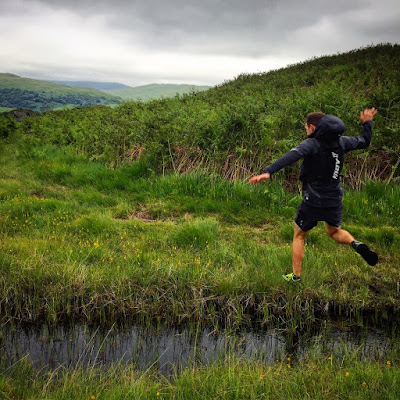 Also out on the fells with us was a fun, creative photography and video team taking tons of great shots. James Carnegie took some incredible shots out there and I'm thankful he was kind enough to share some of those with me. For more sweet pics, check out this weekend recap from inov-8!


What an adventure in just ONE day! It was such an incredible day of running and learning and making friends. I was in my happy place! But the trip was far from over. Heck, the DAY wasn't even over yet!


That evening, we had dinner at a cool outdoor store with a rock wall and everything, called Kong Adventure. There, we met Fell Running legend Kenny Stuart. They call him "King of the Mountains" and he's honestly and inspiration and a running idol. 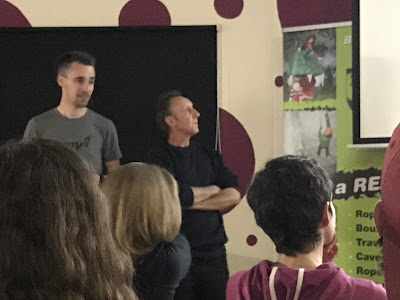 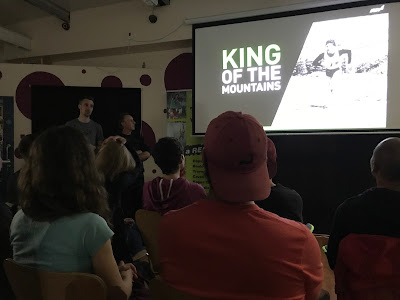 The challenging race we were tackling in the morning... Kenny holds the record with an astonishing 1:02:18. He set the record back in 1984... and it still has yet to be beat! He's an extremely humble man that wasn't there to brag, but hearing about his past victories was truly incredible.

After dinner it was off to bed... because when we woke up it would be time for the Skiddaw Fell Race!! Aahhh! I was nervous because I wanted to do GOOD. I didn't want to let my fellow inov-8 teammates down. But that deserves it's own post. Click HERE for my full Skiddaw Fell Race experience! 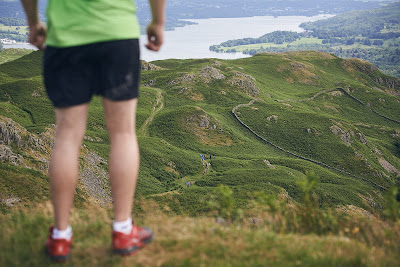 Check this awesome video from inov-8
recapping the amazing weekend!


Also, be sure to follow inov-8 on social media. They post some really awe-inspiring photos that'll make you immediately want to run. Plus, you may just fall in love with them too! 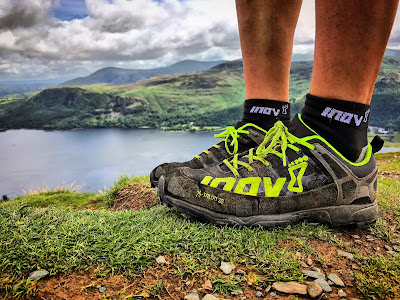