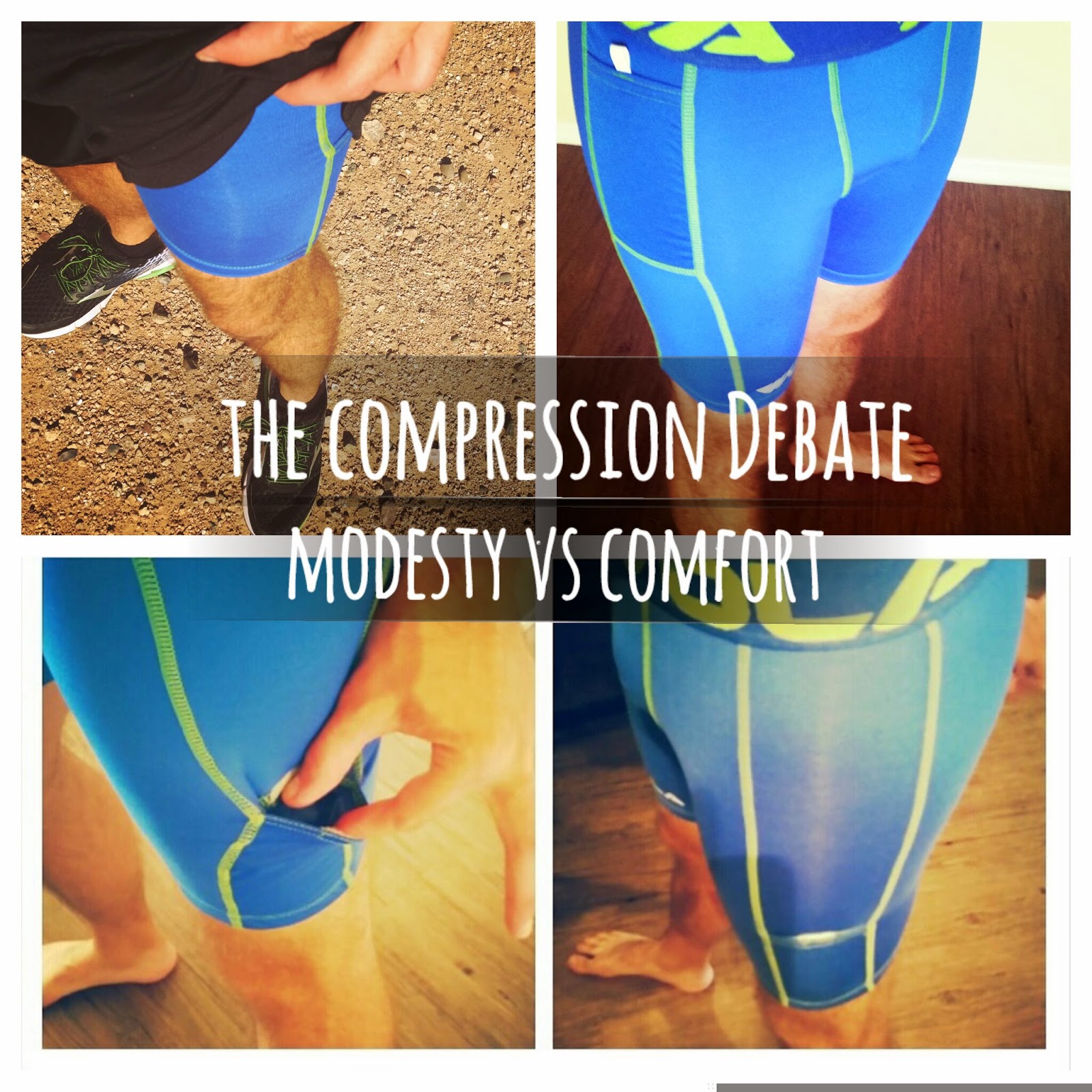 I love wearing compression shorts and I know many wear tights in colder climates.  The problem? It's difficult to keep your privates... well.. Private!

Many choose to wear shorts over them.  Others throw caution to the wind and stay comfortable.  When I turned to Facebook for answers, I discovered just how heated the debate really was!

I asked a large group I follow, Trail and Ultra Running, what they thought. Shorts vs. No Shorts? The response was overwhelming! Since I posted the question, over 250 people have responded... and they continue to comment how the feel. 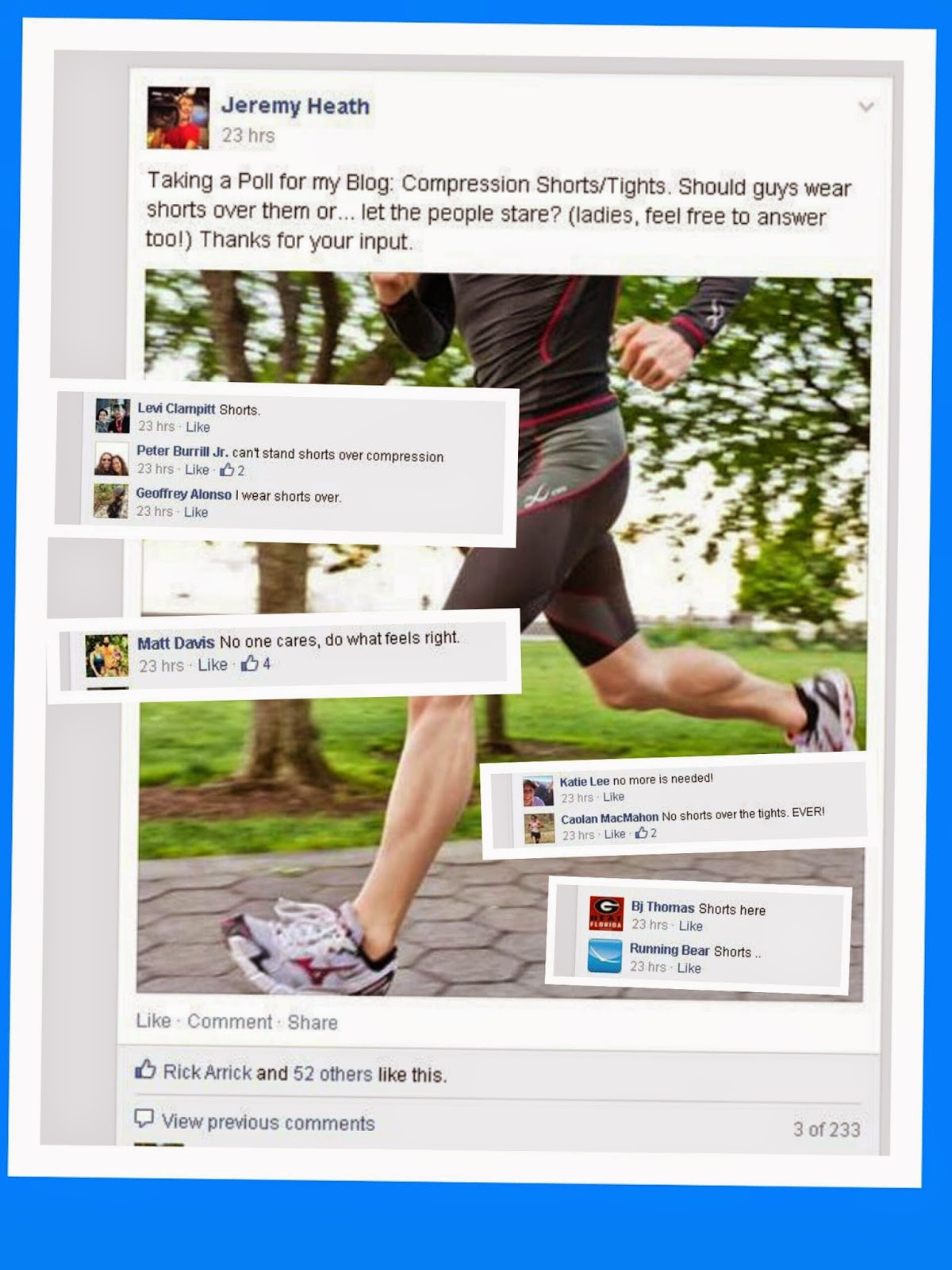 Some felt very strongly that shorts over the top are a must.  While tons of others claimed "letting the boys breathe" is the best alternative. But the majority were declarative in one thing. You shouldn't worry about what others think and you should wear whatever you like, however you want!

So why did I even bother asking the social media world for fashion advice?  I've always worn a thin pair of shorts over my compression wear. Never gave it another moments thought... until I tried on the new North Moore compression shorts from Wola-Co.  I realized I loved them too much to want to hide them! 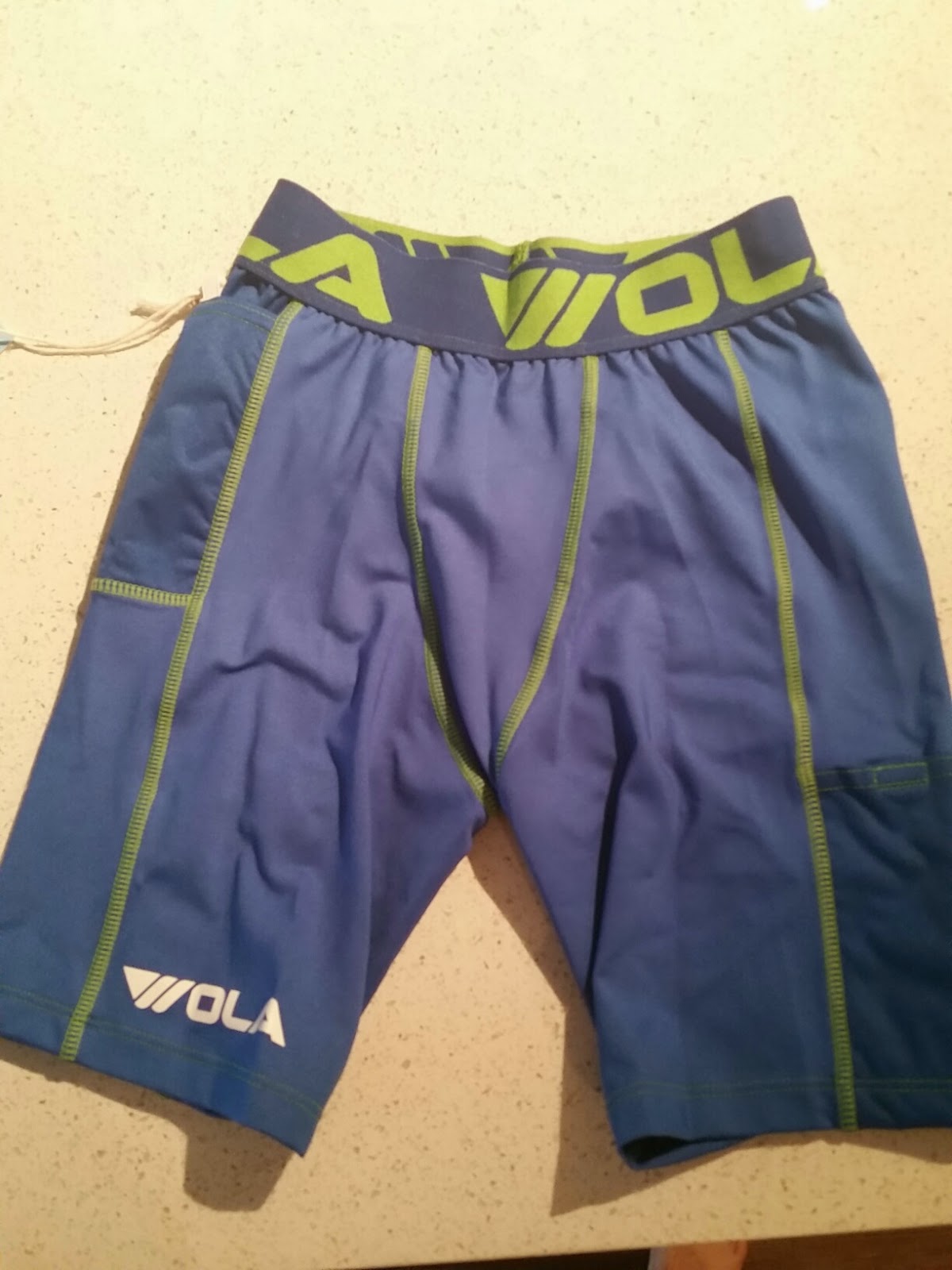 Full disclosure, Wola-Co did provide me with a pair to review, but these thoughts are my own. And it was in my review of them that prodded me to research more this controversial men's fashion debate!

There have actually been some great articles and blog posts written on this very topic.  The two that stood out to me were one from Runner's World... and another from Runblogger.com.

I've always been on the side of modesty in this debate... but with the Wola-Co shorts, I realized they made me want to show em off!

I loved the color, loved the fit, and even more... the convenient pockets! 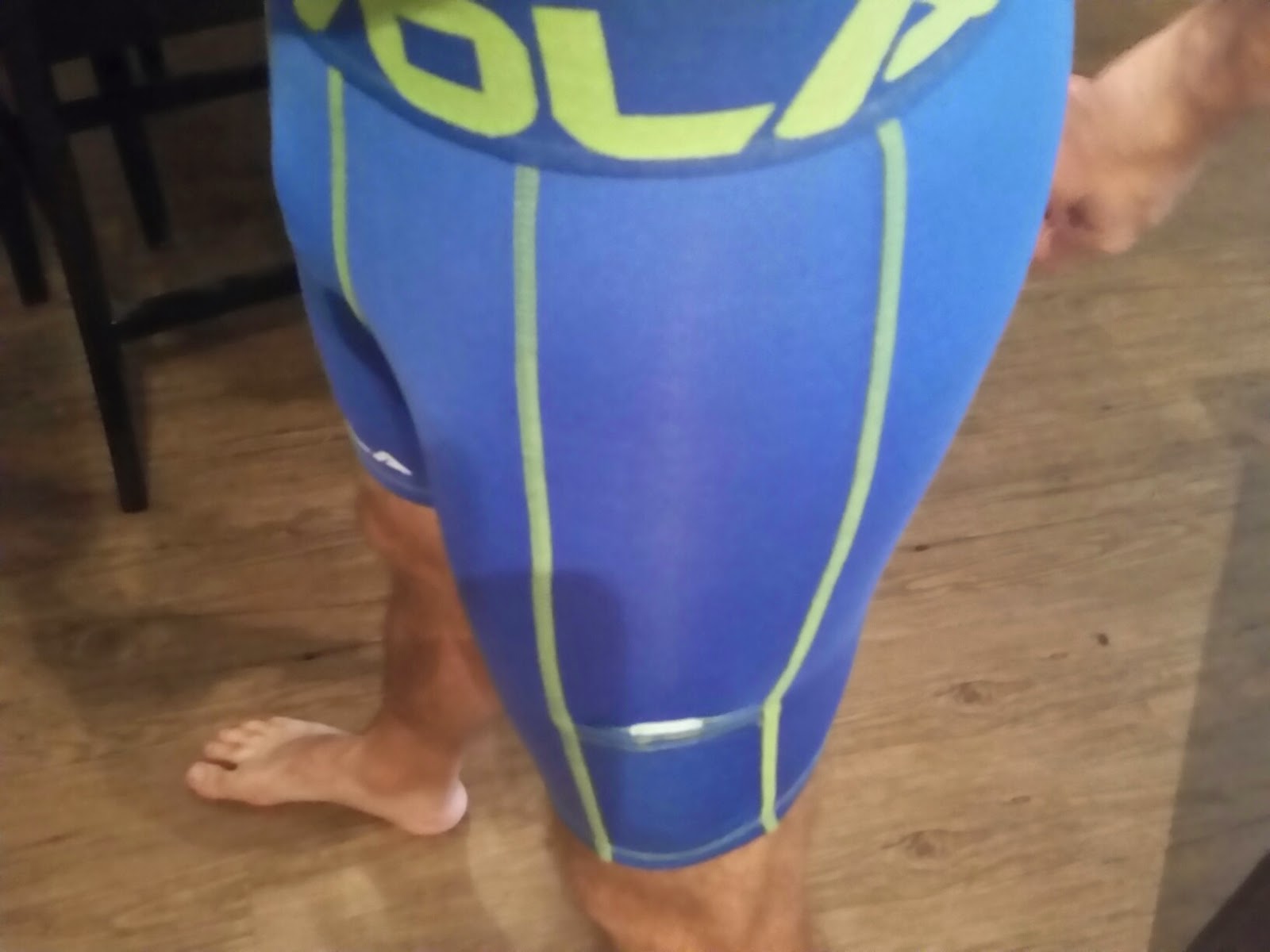 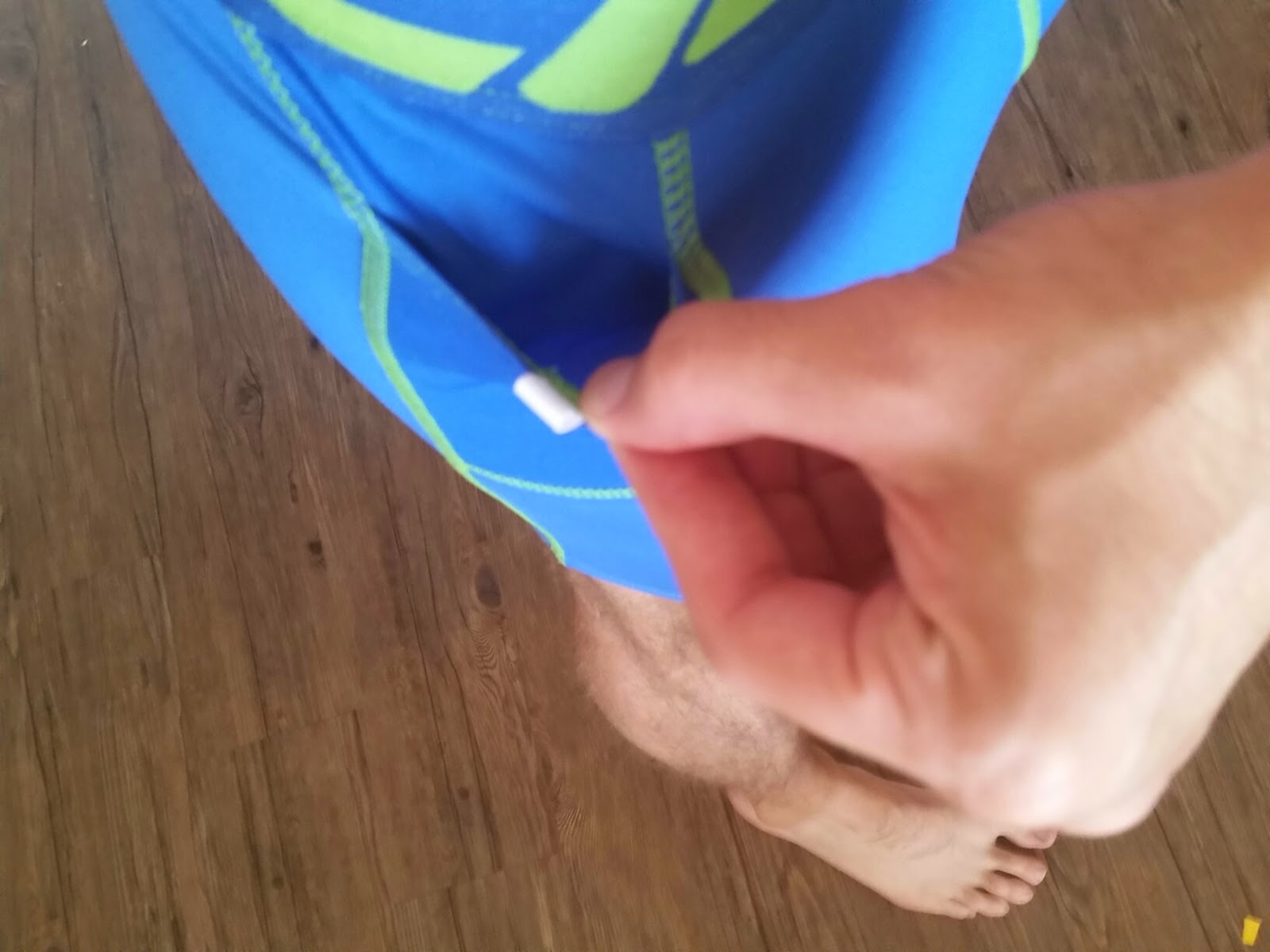 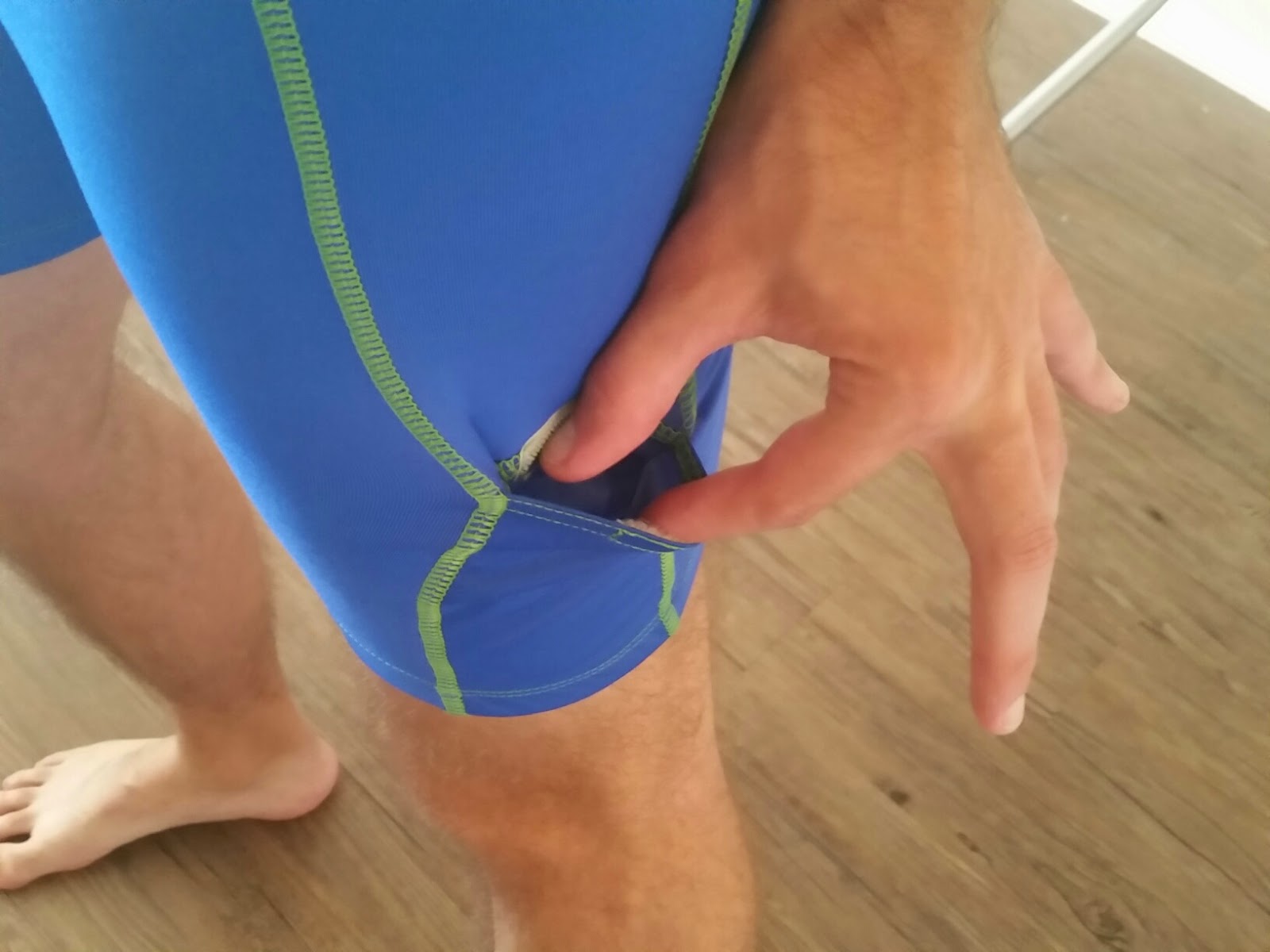 Don't want to take my word for it on the North Moore shorts? They're Kickstarter campaign launched two days ago... and they've already reached their goal funding!  Now that says a lot.  People love these shorts!

How do you get your hands on a pair? Go back them on their Kickstarter (check out the video below) and get in on the sweet deal!  It only lasts until the end of the month so I suggest you check em out while you can! I've already backed them, not just to get another pair.. but because displaying how much I love these shorts is something I'm definitely NOT modest about!

So it looks like my stance on the debate has been shattered, all thanks to the North Moore Shorts and Facebook.  If you see me running and notice I'm proudly sporting the compression... and nothing else.  At least now you'll know why. ;-)

Now tell me what YOU think.  Would you wear these under anything else? Or would you sport them proudly for all the see? Tell me where you stand on this debate in the comments below!
compression shorts debate Gear Reviews kickstarter north moore shorts should guys wear shorts over compression tights or shorts WolaCo