Putting FlipBelt to the Half-Marathon Test!

November 17, 2014
FlipBelt is gaining popularity as the runner's go-to accessory storage belt.
But how does it hold up under 13.1 miles?
I put it to the Rock n Roll Half-Marathon test! 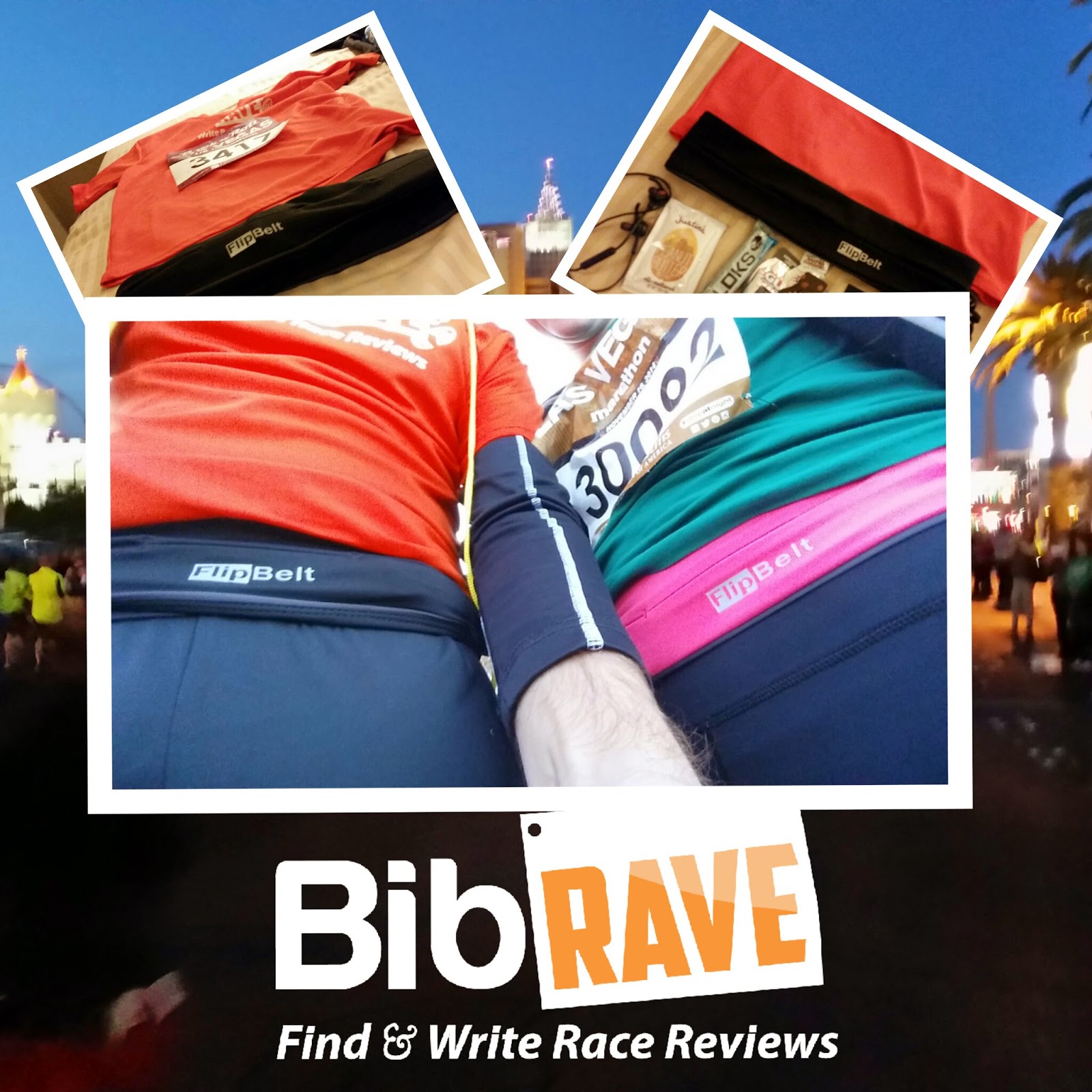 * Thanks to BibRave, I was able to try out FlipBelt for free. But the following opinions are my own. *

I was wary of the FlipBelt because I normally run with a "storage belt" that holds water bottles. But since I was running the Rock n Roll Las Vegas, a night time and colder run (race review coming soon!), and wouldn't need as much water, I figured this was the perfect time to put the FlipBelt to the test.

You've probably seen FlipBelt at an expo at least once.  They're definitely becoming popular.  At the RnRLV expo, the booth was extremely busy! Everyone wanted to try them on and many were buying them up. So there's definitely some interest in the FlipBelt out there. 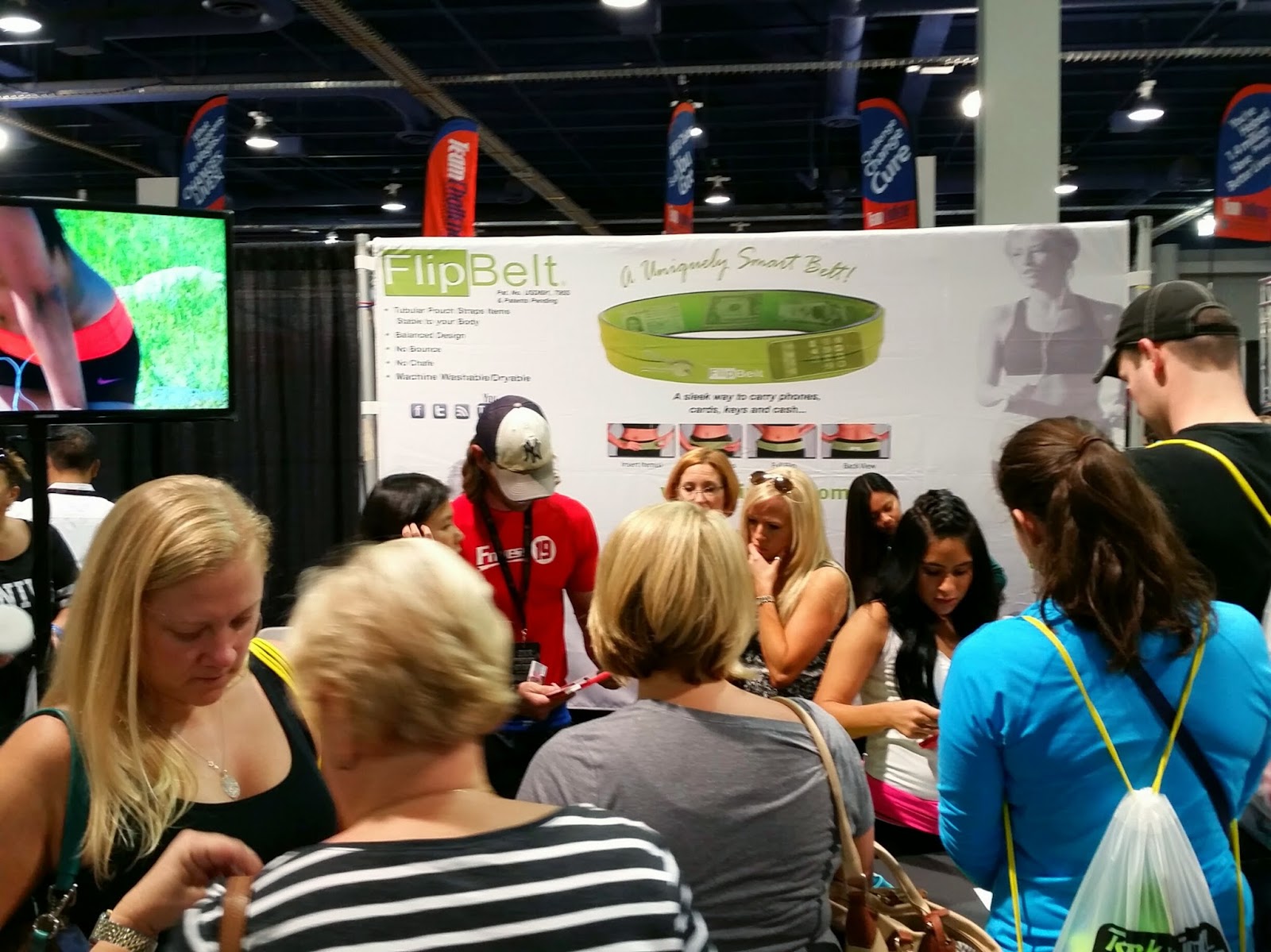 While getting ready for the race, I thought I'd see just how much gear I could fit into this thing.  I thought, surely it won't hold as much as they say... well, I was proven wrong!

I also thought, surely it will be heavy and ride up on me or my stuff would fall out.  Apparently I was subconscioulsy skeptical and looking for a flaw.  I didn't find any.

It was comfortable and fit snug around my hips. I had ordered a size larger than normal too just to make sure I had plenty of wiggle room. It wasn't too heavy and in fact, I kept reaching down to feel for my phone during the race b/c I couldn't feel it and was worried it had fallen out!

At the start of the race, I met up with Clarinda (aka @enjoyingthecourse) and found out she was trying out a flipbelt for the first time too! (We checked in with each other after the race. Feelings were mutual, we both loved it!) 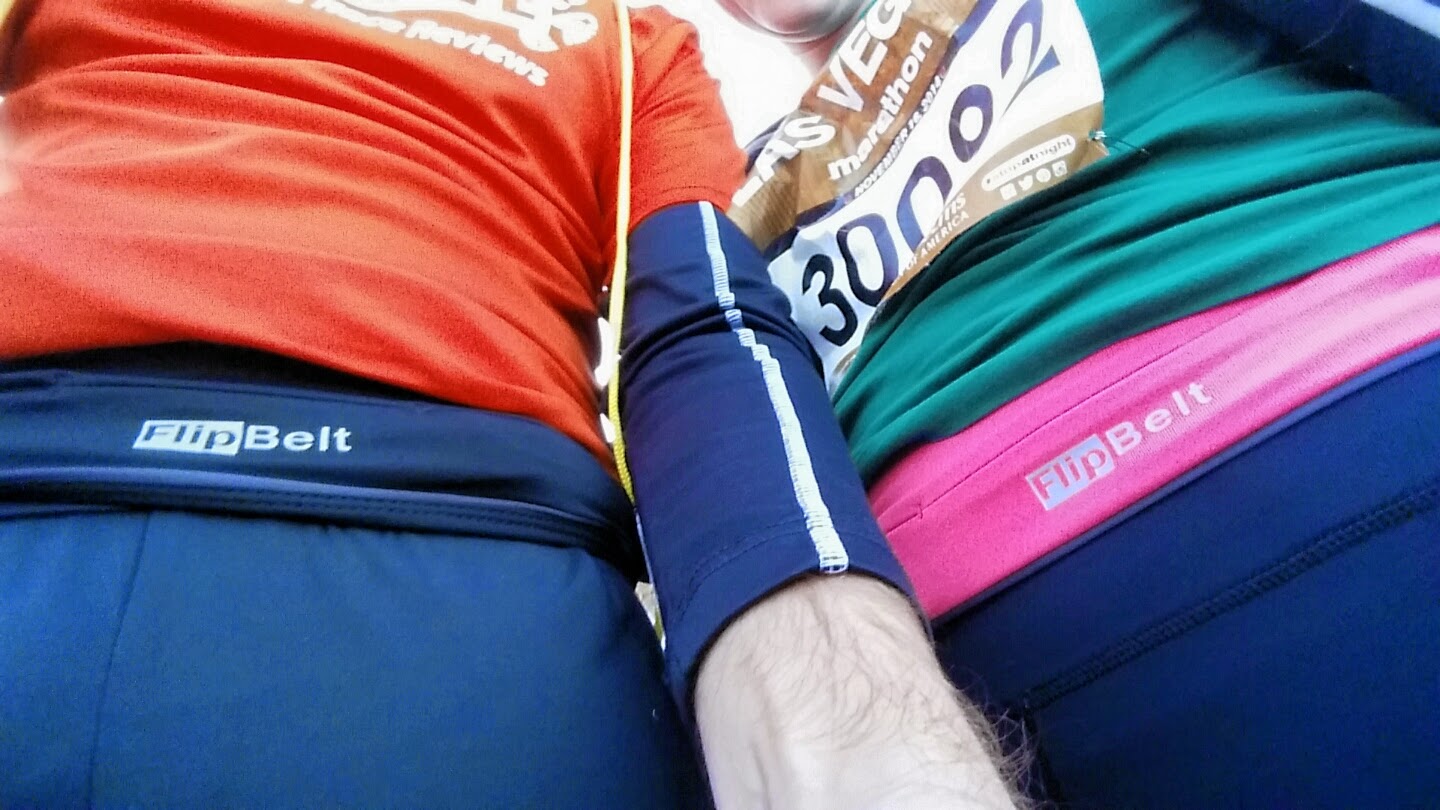 So here's the breakdown:

PROS:
CONS:
VERDICT:
I highly recommend FlipBelt for races when you know you will have water on the course and just need something to carry plenty of fuel.  Or for short races/runs when you want easy access to your phone (use a plastic bag if you don't have a case).

You can check out more FlipBelt info on their WEBSITE.

Have you ever tried FlipBelt? What storage belt/gear do YOU use?