November 03, 2017
The Sprint at Spartan Big Bear was no picnic. But I wouldn't have it any other way. It was a challenge that I took head on (after two back to back half-marathons). So I thought it would take every ounce of me to get through this race. Yet I ended up surprising myself! 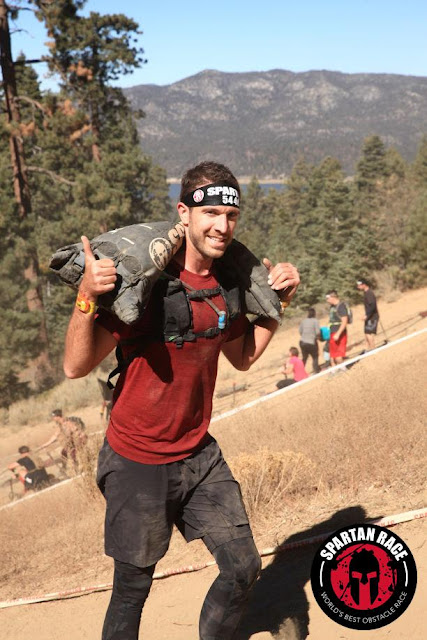 Jason and I were after our Trifecta (completing all three Spartan Race distances in one year). We had originally planned to take on both the Beast AND the Sprint in the same weekend at Breckenridge. While we freaking crushed the Beast at Breckenridge, we were in no shape to run the Sprint. (Breckenridge Race Report HERE) So we deferred to the Spartan in Big Bear, California. 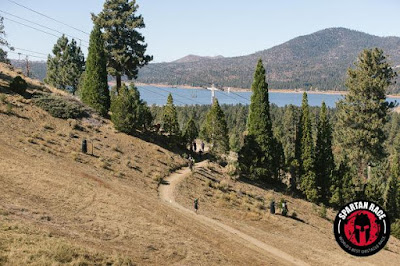 Since it was only a 5 and half hour drive from Phoenix, we decided to make a quick road trip out of it. Jason even ran in the Terrain Race 5k the morning before we left! The drive was beautiful once we got into the Big Bear area.

We stayed about 45 minutes outside of Big Bear Snow Summit to save a little money. Had a fantastic Air BnB host who suggested a local brewery for dinner. We went and were not disappointed! Oktoberfest also happened to be taking place at the same time so ended up being an epic evening before the race.
The next morning we drove up to the Big Bear Snow Summit. Since we had deferred, and wanted to keep it fairly cheap, we went with the open wave and weren't running until a little after noon. The views were absolutely amazing. Trees, water, and mountains all around. But come to find out, it would also be one of the most challenging courses I've ran!


A few of the final "major" obstacles you could see near the finish line: Bucket Carry, Tire Flip, and Rope Climb. You could see the struggle on people's faces and we were thinking.. hmm... we're in for a challenge for sure! 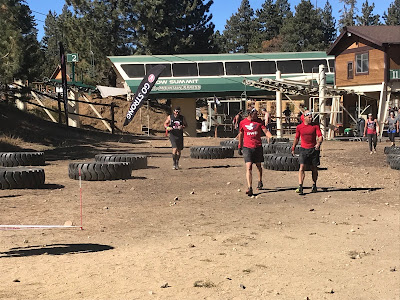 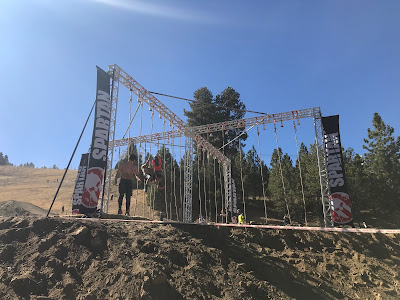 It was a little daunting, but we shook it off and psyched ourselves up before our wave took off. The weather was pretty perfect--high 60s. I still decided to wear my c3fit tights for both the compression and for the extra protection when crawling over obstacles and on the ground. And my Lululemon Metal Vent shirt b/c of the anti-stink!

I also was super glad I decided to run with my orange mud bladder pack. I know it was only 4-ish miles, but between the climbs and everything else, I went through ALL of my water FAST! 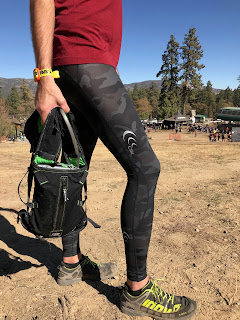 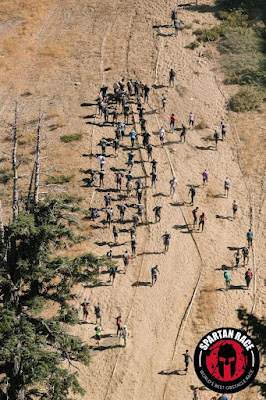 Our wave started shortly after noon and Jason and I both ended up putting some space between the rest of the wave rather quickly. As soon as we hit the course, it was a massive incline that just didn't stop! A serious climb for 2 miles with several obstacles along the way. And I don't mean "oh it was a big hill", I mean hands on knees, people falling, climbing up that mountain! While super rough, it was definitely a challenge.

Usually the sandbag isn't necessarily my favorite, but isn't the worse by far. This time... it totally was. Check out this hill! We climbed up that WITH our sandbags, then back down. With a tough sled pull directly before. I managed to get through them both but the sweat was just drenching me by that point.

Not long after that was an uphill barbed wire crawl through the soft, dusty dirt. It was defiantly rough and I was cleaning dirt out of my nose and ears for the rest of the day.

While rough, once we got through those 2 miles of UP, it was all downhill (literally). Lots of steep downhills. And here's where I really surprised myself. I hit obstacles that I had struggled or missed during Breckenridge, and crushed them no problem!

I swear that the Herc Hoist felt lighter, that atlas carry had to be less heavy, and the rings were actually FUN! 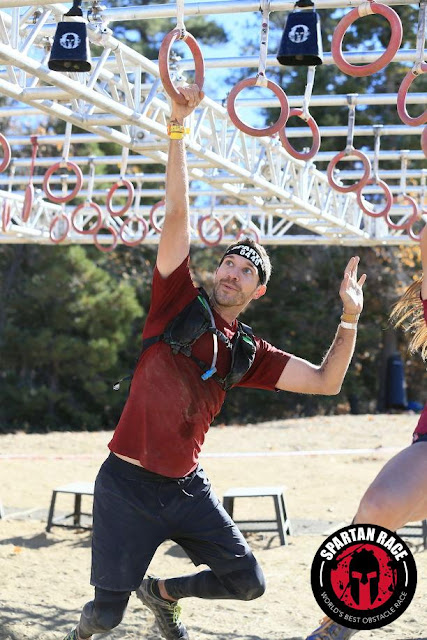 Maybe I'm getting stronger, maybe the obstacles really WERE easier. But I definitely had a smile on my face for the second half of that race.

There was a really bad bottleneck at the Spear Throw. Like 30-something people waiting in line for 1-3 spears available. Apparently the rest had all broken the day before or earlier that day. So many, including myself, decided to just go straight to the burpees. So unfortunately I can't say I ran burpee-free. But besides that one hiccup, I did!


I even managed to flip that damn tire. Ugh. Those things are flat to the ground and super dense, so it's rough. Took me a couple tries. But I managed to flip it twice (the requirement) and even still climb the rope directly after it. 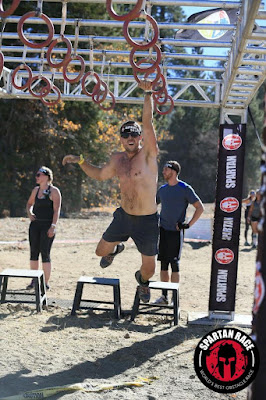 I ended up finished 6th overall in my division on the open wave. And looking at the results from the competitive waves, I STILL would've finished 6th! So I'll take it as a win. Jason finished 1st in his division in the open, and 5th overall. Needless to say, we've decided we need to run the competitive (now called age group) divisions more often. 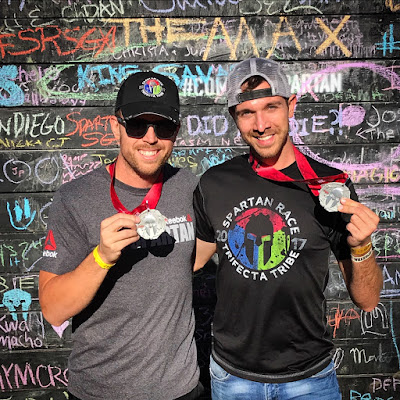 We also were super proud of the fact that we had finally completed our Trifecta! We ran a super, beast, then sprint and looking back at it, it was a big challenge. But having completed it was a HUGE accomplishment. There are tons of people that do multiple trifectas a YEAR! Seriously some awesome Spartan beasts out there. 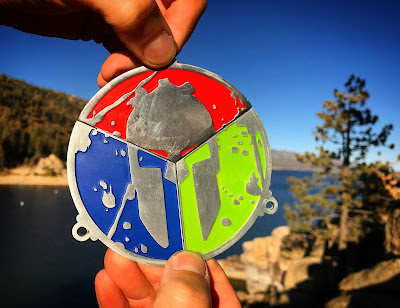 We had our beer at the finish. Then drove back to Phoenix. That was rough drive home, but we survived. And we've already signed up for the Arizona Super & Sprint weekend in February. 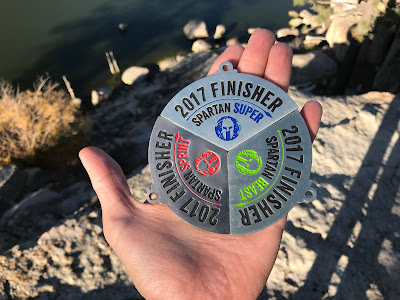 If you have a chance to run the Spartan Race Big Bear (next year in May), I do highly recommend it. If you're a newbie though, just be prepared for some really tough climbs. Will we do the Beast there? I don't know. The challenge is appealing! Only time will tell. 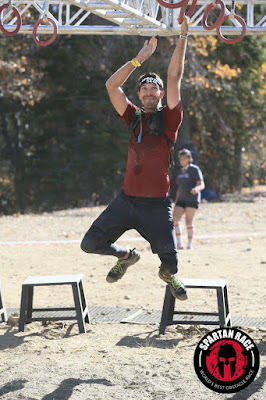 I've auditioned to be an instructor at my local CycleBar studio and drumroll please... I got the gig!


I will be training soon to be a CycleStar at the CycleBar Raintree Ranch location in Chandler. I'm so excited!  So why did I want to be a CycleBar instructor and why this studio? 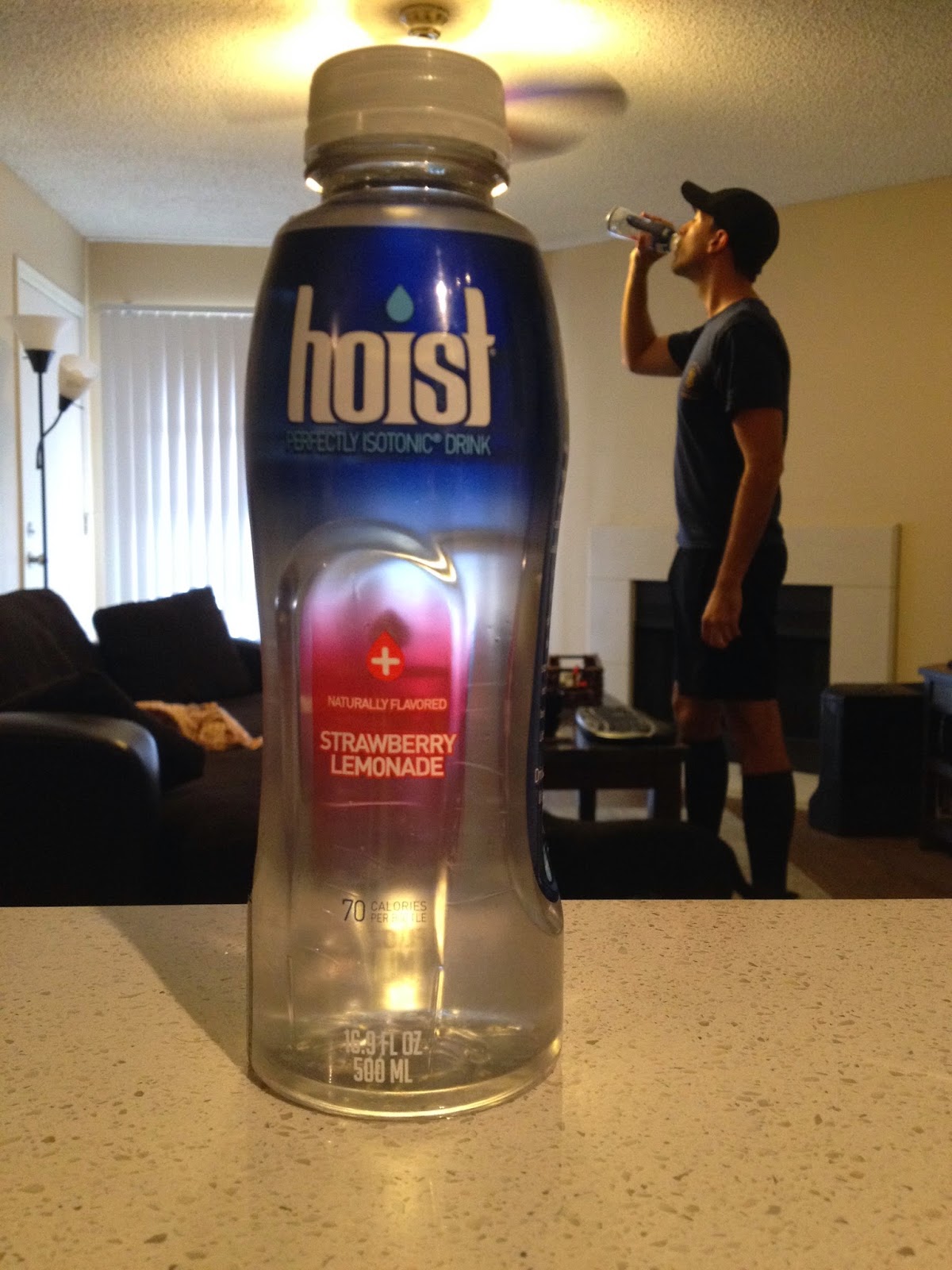 First off, I have to take a few seconds to really thank Hoist for not only sending me a few items to try out.... but a whole CASE!  AND a draw-string bag like the ones you get at expos! THANK YOU SO MUCH Hoist, You guys rock!

A Hidden Gem in Arizona: My Arizona Distance Classic Half Marathon Review 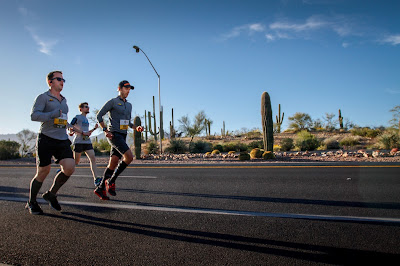 The Arizona Distance Classic Half Marathon, Quarter Marathon, and 5k is a true hidden gem in Oro Valley, Arizona! This was my first time running the event, and I had an absolute blast. Read on to find out why as I share the details about my awesome race weekend.