June 12, 2018
Stars, S'mores, and Sprinklers! You may have seen posts about the adventure....and the chaos. Frustrated campers and happy runners. I've got the full race report on my Ragnar Trail Snowmass experience. 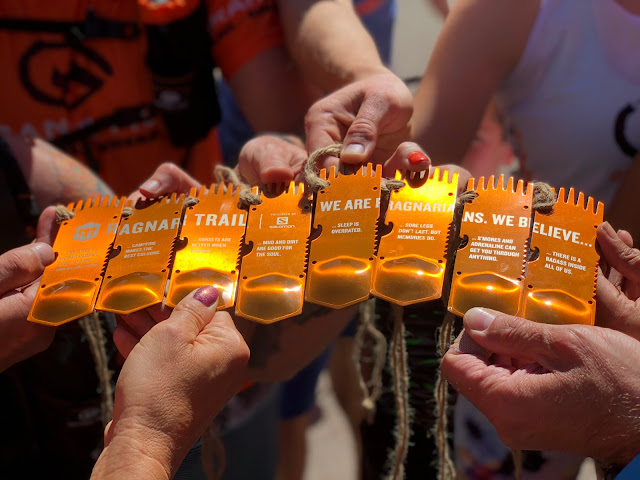 I ran Ragnar Trail Snowmass with my fellow Orange Mud ambassadors over the weekend. Something I'd been looking forward to for a while. We drove up from Denver (a little under 4 hour drive). The views on the drive were spectacular! I wanted to run every mountain we passed. 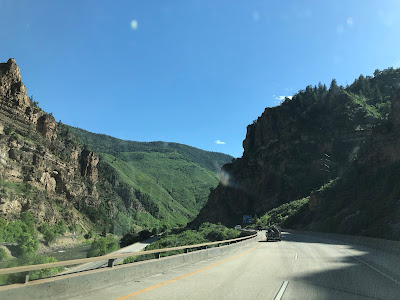 Our team met early Thursday evening to set up camp and meet each other (many of us only knew each other from social media). The weather was sunny and perfect. After the sun set, it got cold, but we bundled up and the views of all the stars were incredible. No city lights blocking out the night sky. Made me remember why I enjoyed camping. 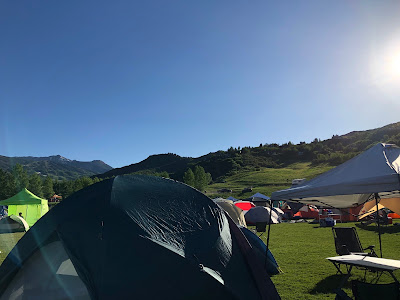 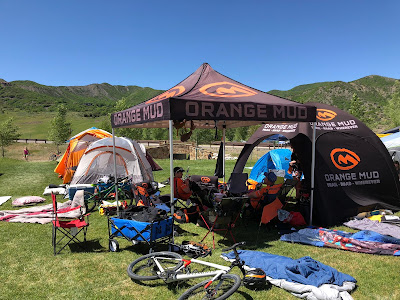 The campsite we set up was a tight fit, with one regular team and one ultra team in the allotted spots. But we made it work. Teams had set up all over the massive softball field. We noticed our site was right on top of an industrial sprinkler. But we really didn't think much of it. In fact, we joked about how crazy it would be if they didn't turn them off. That joke unfortunately back fired on us.

After we all settled into our tents to get some much needed shut eye before race day... the sprinklers went off at 3:30am. Now, fortunately most campers were positioned in a way that sprinklers merely sprayed their tents as if it was raining. Some were able to move their site away from the powerful fire hose force of water. On the other hand, there were a few teams like ours that just had the bad luck of being in direct line of the sprinklers.


At first, it took a moment to realize what was happening. Until we realized there was a river of water flowing into our tents, soaking our clothes and all the gear and electronics we had brought with us. We had a family running with us and they'd brought their well-behaved children to hang out. They were soaked to the bone and had no dry clothes to change into.

It was FREEZING (literally, the small puddles of water on all of our gear later turned to ice). Team members tried to find a race official, but discovered there was only a security officer on site. He gave us the Race Director's number... which we called repeatedly with no answer. Thankfully, nearby campers offered up dry clothes, blankets, and sleeping bags. And the security officer was able to find someone to turn off the sprinklers. And local police were able to get us into a dry, warm building.

While all of this was extremely frustrating and disappointing, especially when we still planned on running the race on no sleep. I do want to share that once Ragnar officials were aware of the situation, they took action.

They hooked us up with hotel rooms at the top of the mountain that had shuttles down to the camp sites. They provided us with breakfast, dry clothes for those that needed them, and access to dryers to take care of our wet gear. We were all able to start on time with some relatively dry clothes.

The young boy who got sick was checked out by a doctor. His mom, one of our teammates, decided not to run and just look after him for the day. So we picked up her extra legs. The CEO/Founder of Orange Mud, Josh, even stepped up and covered her runs, because he's just an awesome guy.

Later, they explained that although Ragnar officials had requested the sprinklers be turned off and were reassured that they were, an override caused them to revert back to their auto schedule. Does it excuse the oversight or the fact that no one was on site? No. BUT, we've received numerous emails from both the Senior VP of Operations at Ragnar HQ, and from the Race Director himself. They have assured us this is an isolated incident that won't happen again. And that they are making sure there is a contingency plan moving forward for future events.

I'm happy with the outcome of their communication and response since the incident. While I may be bummed that it took away from the overall experience with my team, it at least was resolved and they've been communicating with us every step of the way.

Now, after all of that. We still had to run! Haha. I'm glad we did decide to push through and take part in the event. I've ran this event before (previous review Part 1 and Part 2). Had a blast before and was looking forward to the trails again.

Team Orange Mud brushed ourselves off, took a deep breath, and started the real adventure ahead!


For those unfamiliar with a Ragnar Trail event. Simply put: Teams of 8 (or 4 for Ultras) take turns running the trails while camping at the race location. Participants run a combined mileage of roughly 115 miles. More of course, for the ultra teams. The adventure is a combo of the mountain runs, no sleep, and camaraderie with your teammates. 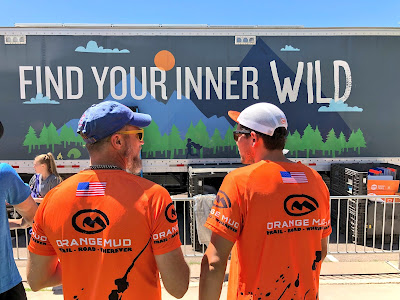 Previously, the hardest part about these trails was being at elevation... and climbing even higher! I remember my lungs being on fire for at least the first leg. This time around, I took some extra precautions and brought with me some Boost Oxygen (basically... a can of Oxygen). Did it work? I'm not completely sure just yet..but I do know that I ended up performing a lot better than I thought I would and I believe it at least helped ease the effects of the elevation. My teammates still made fun of me regardless. Haha. 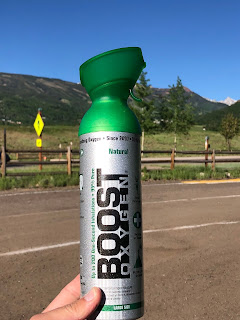 I loved the views from the trails. And the run was actually fun! They weren't very technical at all, just fairly steep. At night, you had to be careful, but during the day you could really fly on the downhill. The UP was rough, but I just kept breathing deep and power hiked when I needed to. 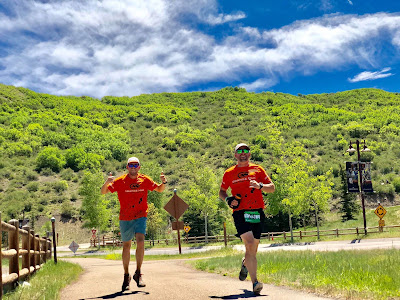 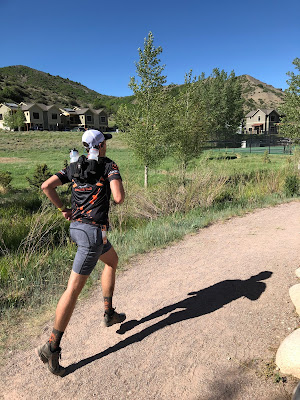 On site by the transition area was hot chocolate, coffee and later s'mores for runners. There were a few fires and a few heaters for those waiting around for their runners. I would recommend at least another fire pit and/or more heaters for the future... because it definitely was freezing at night! But I'm also from Arizona, so I'm a wuss when it comes to the cold. 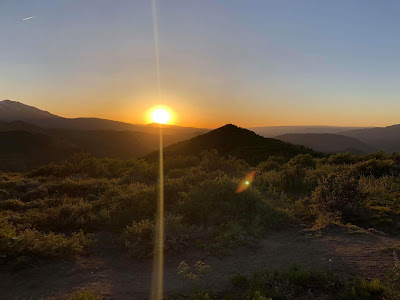 As far as food goes, there was a Freak Brothers Pizza truck and a tent where they offered Breakfast, Lunch, and Dinner for purchase ($10). Pasta Dinner on Friday night was free for all participants though. We also brought tons of snacks ourselves, and Orange Mud Boss Man himself cooked us up some amazing Breakfast Burritos on Saturday.

My night run, as expected, was probably my toughest run (thankfully the easiest leg). Working already on no sleep and pushing through with even less sleep was exhausting. I started at midnight, but once I got out there I felt a little better. Afterward, I slept in our rental car for like 2 hours just so I could have a warm, comfortable and much-needed nap.


My third leg was the red loop (the longest and largest climb). I remembered this run from before and how amazing the views were so I was actually looking forward to it. It was still rough for sure. I took it easy as I could on the uphill climb and gave everything I had left in the downhill. Surprised myself on my time. 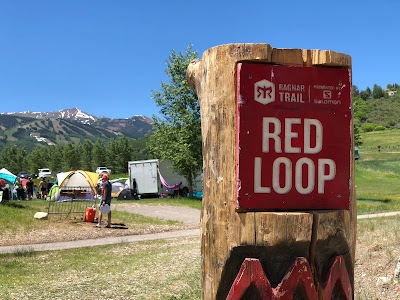 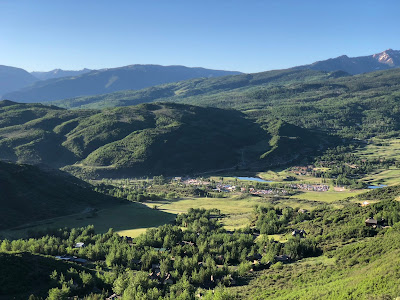 The entire Orange Mud team did awesome, despite the earlier circumstances. The ultra team took 5th in their division and we took 9th in our division (which was one of the largest divisions!). All in all, a fantastic outcome after an inauspicious start. 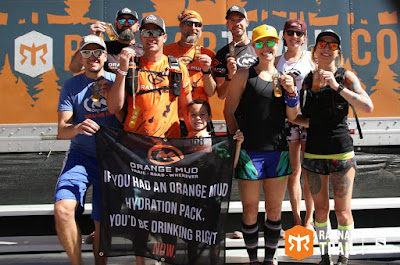 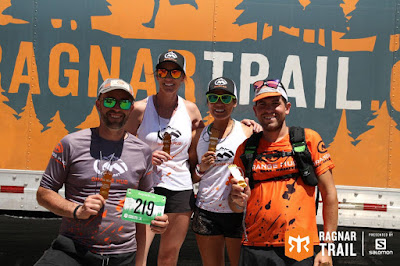 For me, those trails and views were worth the trouble. And most of all, getting a chance to bond with my fellow Orange Mud teammates. We now have quite the story to tell! And tons of memories from it all.

I also saw how hard some of our Orange Mud guys and gals pushed themselves, and they really inspired me to pick up my mileage in the coming months. They are ultra-running beasts and I want to follow in their footsteps with more ultras myself. I'm glad I met them and had the chance to run with them, because now they will be a resource for me as use for advice and motivation in the future.

Overall, yeah... we had a rough time at Ragnar. It was a disappointing start that left many of us frustrated and angry. But running has a way of helping you work out all of your frustrations and raw emotions. By the end of the race, we just lifted our heads high knowing we crushed it despite the odds. And you'll notice we were all smiles in our photos. 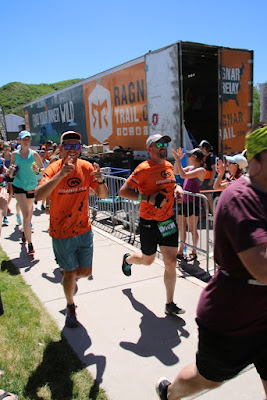 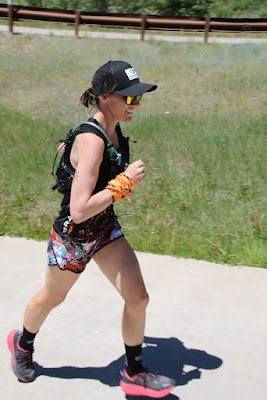 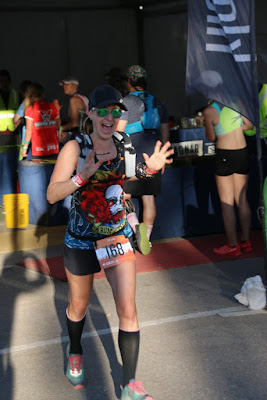 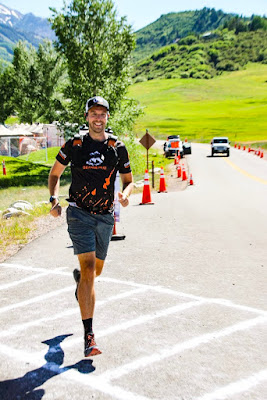 I still highly recommend checking out a Ragnar Trail Relay. Especially Snowmass! The race officials have been fantastic to us since the incident and I really do feel it's been a learning experience for them as well. 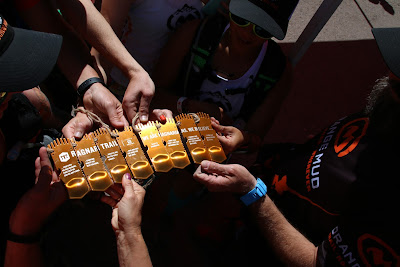 We're runners and we all have learned to push our limits and challenge ourselves beyond our breaking point. Ragnar Relay presents everyone with a great challenge and adventure... and this time they just gave us a little extra obstacle because they knew we could handle it. ;-) 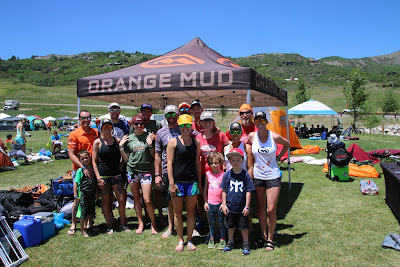 Thanks for reading! If you have any questions about participating in a Ragnar Trail, please don't hesitate to comment below. Happy to ease concerns, provide answers, and swap stories! 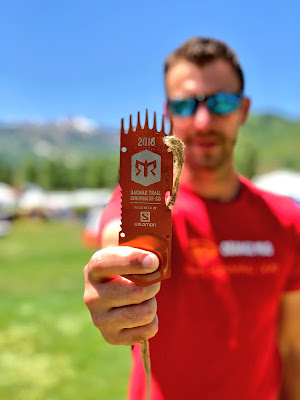