#SinCityRun, Behind the Scenes with GVP

January 20, 2016
A whole lot of work, a little fun, team building, and lots of high-fives! My behind the scenes confession as a race official at the Sin City Shootout 5k, 10k, & Double Your Luck Challenge. 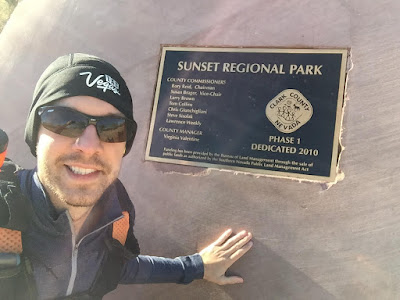 Being a race official isn't just pulling off a group run for hundreds (sometimes thousands) of people. It takes a lot of work and the right kind of crew to pull it off.  Someone willing to put in extra hours to make sure a race is fun, inviting, and most of all.. safe! And the Gemini Virgo Productions team is just that kind of crew.

Before the real work began, we wanted to start the trip off fresh. So we treated ourselves with a few drinks and a trip to Giada's! After all... it *is* Vegas! 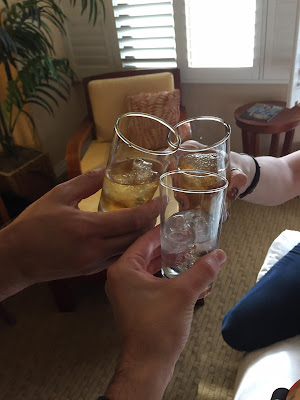 Thursday morning was a special treat-getting to run the course! I know, I know, what's so special about that? I was previewing the course our runners would be out on, suggesting any tweaks that needed to be made. Essentially it was a wake up call. All of the hard work we'd put into this event in the past months had finally become a reality. The runners were coming! 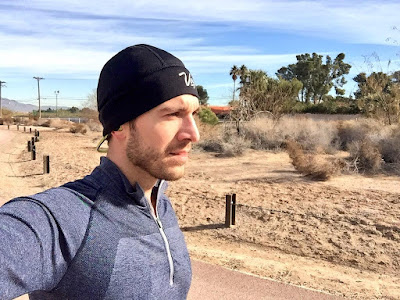 Come Friday night was packet pickup time. And they weren't kidding when they said the Sin City Shootout Sports Festival packet pickup and registration was a PARTY! Imagine going to an expo... but instead of just runners you have softball players, kickball, volleyball... dozens of sports and tons of teams for each. Now add in a couple of bars (yeah you heard me, BARS), music, and raffles. 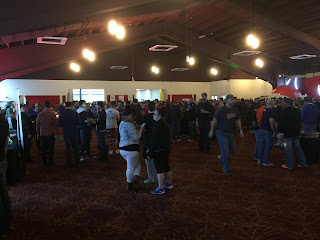 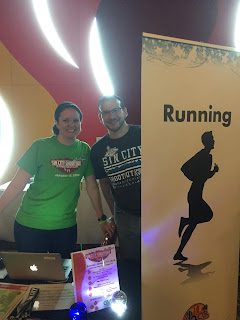 It was really a blast. And tons of people swung by to register when they saw how much fun WE were having, and saw our awesome bling! 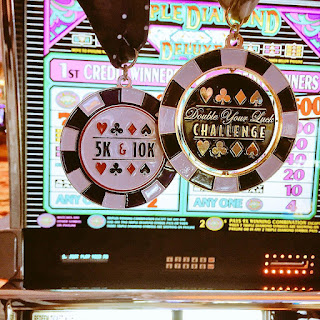 Saturday (day before our race) was time to mark the course! And crunch time. At least I was able to run the course one more time. When you're jamming to put on an event, getting a run in is a much needed stress reliever and helped me focus! 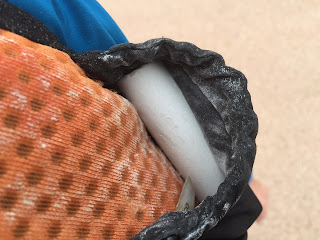 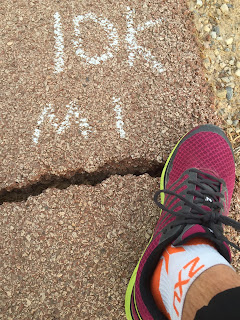 A huge part to this whole trip was also learning my place in our team. When you're organizing a race, you have to think on your feet and play off of your crew's individual strengths. But when you're new to a team, it can take time to find where you fit. Afterwards, I was able to learn how each of my co-workers "works", and essentially a hands on team building experience!

Finally, race day had arrived. We were up super early to lay out extra course markings and start the event setup. Once it was time to start, I was out on a crucial part of the course directing runners the right way. It was unusually cold, but thankfully I had on my favorite 2XU tights to keep me cozy.

Eventually it heated right up and was a beautiful sunny day for a race. My absolute favorite part of being out on the course was being able to cheer and high-five runners as they came through to enter the last stretch to the finish. 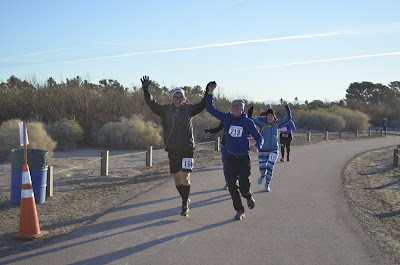 Granted, you can do that as a volunteer (which I highly recommend doing as much as you can). However, I was seeing runners enjoying a finish to something that I had a hand in putting together. Runners finishing their first 5k or first 10k... even their first 15k (our Double Your Luck Challenge)!

The icing on the cake was getting to run in with the final finisher! This was the farthest distance he'd ever ran (he was doing the Double!) and he pushed it and gave it his all.... all the way to the finish! A few volunteers and I ran the last little stretch with him, cheering him in to his well deserved medal. 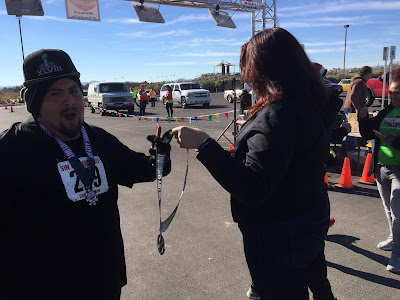 Truly awesome to see. And hey, My company and my hard work helped make that happen. How incredible is that?! This is why I love being in this industry!

Overall, the #SinCityRun was a success. Our first event of 2016, and my first one with Gemini Virgo Productions.  A great sign of many more adventures with Team GVP ahead. With more high-fives and memorable finishes that I can help create! 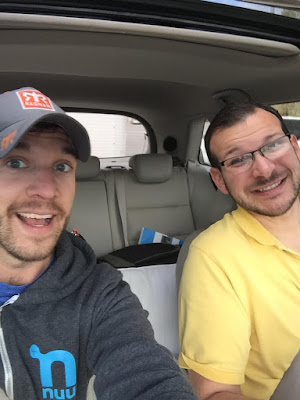