September 04, 2017
My Spartan Beast & Sprint Race Weekend both went better and not as well as I planned. Regardless, I had a blast and am still keeping my goal to complete a trifecta each year! 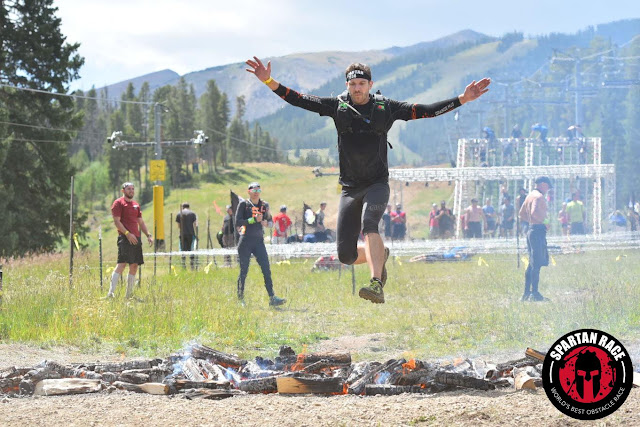 As many of you may have already read, I've been training the last few months to complete my Spartan Trifecta by racing both the Spartan Beast and Sprint in the Colorado Rockies.


Last weekend was the big day! I was nervous because it was a big goal, but also because of the elevation. Starting at 9,600ft above sea level is quite the change from the desert. And it only goes UP from there!

The Fitness 5 crew arrived in Denver late Thursday night and drove into Breckenridge on Friday. Thankfully we'd found an Air BnB nearby that was walking distance to the race start area.

The elevation was definitely hitting me--I could even feel it just walking around and going up stairs! Pre-Race butterflies were fluttering for sure.  Fun Fact: This venue has the highest starting point of any Spartan Race across the globe! 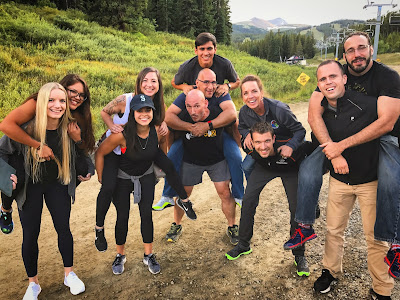 My goal for Saturday was under 5 hours for the Beast (~14 miles with 30-35 obstacles). I knew I could run faster but was worried about the hills on top of the elevation slowing me down. 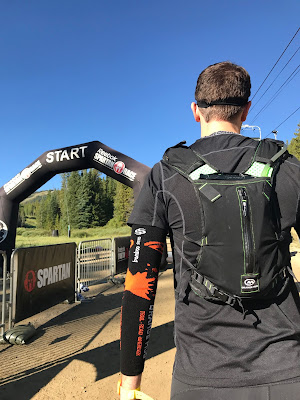 On race day, the weather was pretty perfect! A little chilly at the start but warming up fast. For those curious what gear I wore and what fuel I took with me, here was my race day kit:

The race started UP a hill, so the course was challenging at the start. However, eventually the route would even out a bit and I was able to start running. I was in one of the early open waves, so I ended up passing a lot of people. It was a single track trail, so I tried to at least vocalize an "excuse me" and "good job" or "looking good" as I passed.

The biggest confidence boost came when I would come up to one of the 6' or 8' wall obstacles. There were a group of crossfit-looking guys at both just standing and watching, I assume strategizing on how to get up and over. I just ran up, asked if they were going, then ran ahead and leapt over the wall. While I know I was very agile scrambling up that wall, at least I got over it pretty quickly and I heard them saying "oh, you see that?" made me feel kinda proud.

I was glad I wore compression tights and shoes that would drain quickly b/c there was a very deep and very cold water crossing early on. So cold my feet went a little numb by the time I got out. While it was freezing, I warmed up pretty quickly as I kept running. But I was definitely glad I didn't start as early as some people. Would have taken a little longer to warm up! And I'm a wuss when it comes to cold.

There were plenty of climbs on this course, but I used my fell running skills I learned in England to power hike up the hills and fly on the downhill. The views were absolutely beautiful. We were basically running the ski slopes and all the green around us was wonderful. Eventually at the highest point of our climb, you could see the town spread out far below and was a pretty incredible feeling.

My first failed obstacles came at the Tyrolean Traverse. I trained on a larger rope, much like the one in this pic, and the rope I came to on race day was super thin. It required a lot more strength then I had prepared for. I got SO close to that bell, but eventually I started swaying too much on the rope and fell. So it was off to my first set of burpees!

That wasn't the last of my failed obstacles. But the tyrolean traverse got into my head. And the bucket carry depleted my strength. I ended up missing a few more (for a total of 6 obstacles). But I quickly knocked out my 30-burpees each time and kept moving. While my strength was wavering, my endurance wasn't!

At the sandbag carry, I realized my chip had fallen off! ARG! I asked a volunteer but they weren't sure what to do. Only thing I could do was keep pushing, keep running. At one point I asked someone with a watch what time it was and realized I was on pace to finish under 4 hours! Had to stay strong and keep pushing. Spartan Tough. Aroo! 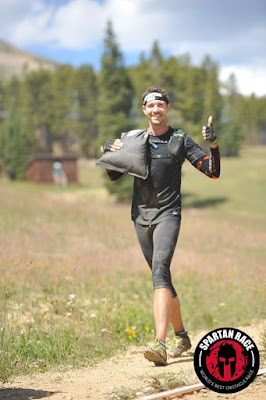 On the very last obstacle (and one of the easiest) my calf cramped up bad. I went to leap over "the high hurdle" and my calf cramped so bad it curled my toes under. I had to stand off to the side for a few minutes until it released. However, I believe it was the altitude because all along the course I saw dozens of people dropping and yelling from cramping muscles. While standing to the side of the high hurdle alone, I saw three other guys alone fall off from a muscle cramp. So I definitely wasn't alone! 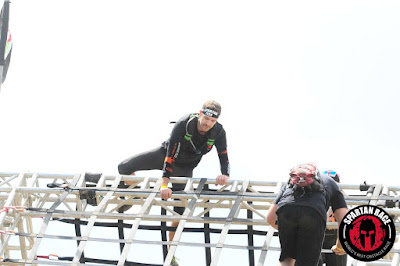 Once my calf finally released, I leapt over the hurdle and limped back onto the trail. I could hear the music and crowd at the finish line. The final three obstacles were the cargo net, twister (think moving monkey bars), and barbed wire crawl. I let the adrenaline of the finish line carry me through and even climbed across the twister without any problems! 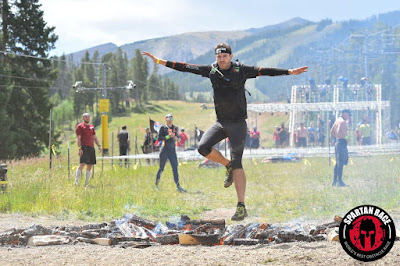 As soon as I jumped over the fire and claimed my medal, I asked a volunteer what time it was. Then I used all of the energy I had left to run to the finish results tent and let them know that my chip had fallen off and what my finish time was. The chronotrack/athlinks guys were pretty great in helping me and writing down my time. 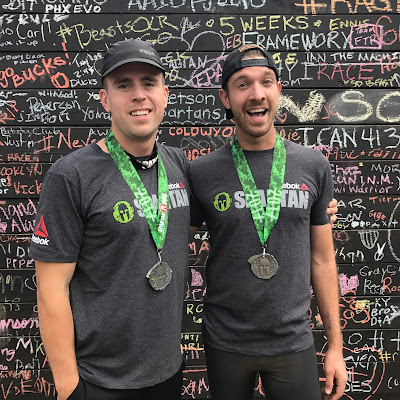 I realized I had come in under 3:30! I had absolutely crushed my finish goal, and that was with doing six sets of burpees! Jason had even came in under 3 hours! And the entire Fitness 5 crew all crushed their finish goals and blew through the course.


We were all so glad to have crushed a tough course and finished under our goal times. Jason and I had made plans to run the Sprint the next day (which ended up being about 5.6 miles with plenty of obstacles). My calf was still super tight. And I was getting sick. I really wanted to get my trifecta that weekend, but I knew I had tons of other races coming up and more goals on the horizon. I didn't want to risk it. Jason also was feeling tight and not fully recovered. 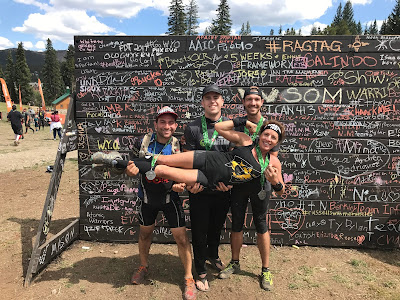 So Jason and I decided to defer our Sprint to Spartan SoCal in October up in Big Bear. As a friend put it we "are extending out the adventure". I like looking at it like that. We will be stronger for the Sprint and it will be in a whole new location with even more fantastic scenery. We will really earn our trifecta by completing three different challenging races. 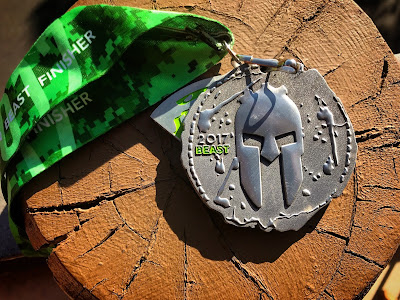 All in all, it was a great race and I'm proud of all of us for doing so well. We made a tough but smart decision, and I'm excited for Big Bear. I'll be focusing on my strength a little more leading into this next Spartan Adventure! Thanks for reading and happy training!