Starting Off the Year with a 50k Finish!

January 08, 2019
It has been a rough last few weeks. Heck, a rough month really! Between battling one virus or bug over another, holiday craziness, and more. My body has been worn down. But I was determined to start off 2019 with my 50k finish and I did it!


The last week around New Years definitely sent me through the ringer. I either got a stomach bug or ate something bad, but spent the day before New Years Eve throwing up. That was followed immediately by a massive head cold. Sinus congestion, cough, the works! All only a few days before I was supposed to run the San Tan Scramble 50k.

But we runners are STUBBORN. Usually in a non-healthy kind of way. And I knew I had to at least TRY to get out there and run my ultra!

Please note, I don't necessarily recommend running a long distance or endurance race when your health isn't at it's best. It wasn't necessarily a smart move on my part. But rather just pure stubbornness and frustration.

I had spent so long training with my lifelong endurance coach. I wanted to make them proud, especially since I'd missed my last 50k (due to fires)! So I loaded up on all the meds I could, and made it to the start line.

I was at least smart about this decision in that I knew it was a loop course. 3 loops of approximately 10-10.5 miles. So if I started to get worse, I could stop and DNF if I needed to. But ONLY worse case scenario.

Luckily, I had Jason along as well. Not just for support, but he was running the 9k as well. 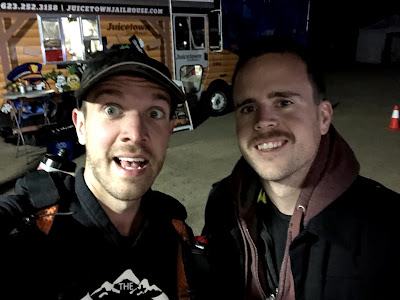 Despite starting off already dehydrated, I felt decent at the start. There was a spectacular desert sunrise as we ran the trials, and it really helped settle my race-day nerves. Also, the weather was actually pretty perfect. Cold at the start, but as soon as the sun was all the way up, it warmed up just enough. 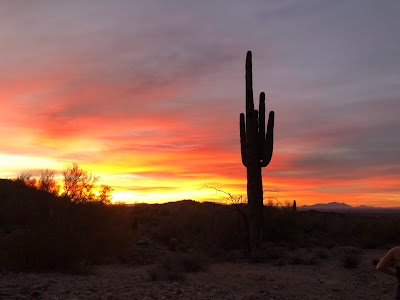 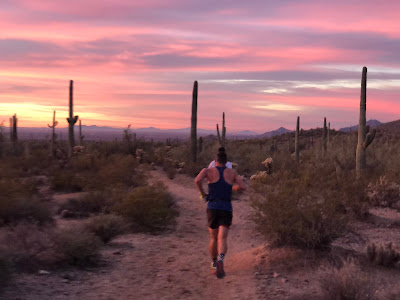 I kept a solid pace for the first loop and after finishing the first 10.5 miles, I knew it would be a struggle, but that I could do it! 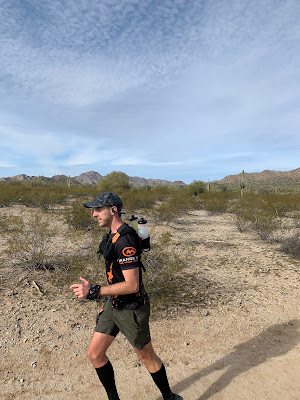 The hills were pretty brutal, especially the two Goldmine climbs back to back, with a total of almost 4000ft worth of climbing by the time it was all said and done. But I've learned that the harder the race, the bigger the challenge, the more glorious the finish! 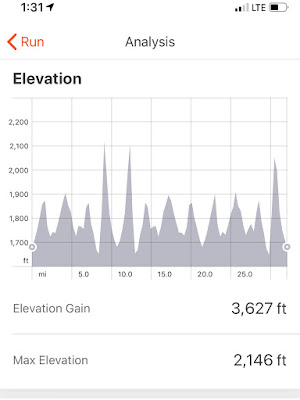 Aravaipa Running always puts on some great races and the San Tan Scramble 50k was no exception. I was happy to see all my favorites at the aide stations (potatoes and salt, peanut m&ms, etc). It was also cool to see all the other racers doing the other distances out on the course. Going the opposite direction. Was able to give words of encouragement, high-fives, and even a few hugs to some friends along the way! And saw Jason crushing the end of his race as well.

By the marathon mark, I definitely was hurting. Cold meds had really dehydrated me and I had hit a wall a few times. But I just kept pushing.

Eventually I got to the final climb. It was painful but I dug deep and made it the 32 miles to the finish! I wanted under 6 hours for this 50k, and technically I WAS at 5:58 at the 50k mark... so that totally counts right?!

I ended up finishing a little over 6 hours. While not my initial goal, I still count it as a win. Because I was NOT on my A-game and was happy just to even finish! 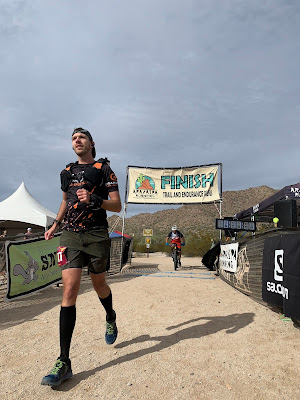 I know if I had been healthier I would've been able to crush my goal for sure. And the great thing about it being the beginning of the year, means I've got plenty of other chances for a redemption race. :)

I love ultras because they push your limits. But also I love the PEOPLE! After the race, I made friends with some fellow runners that I came across on the course, struggling the same as me. We bonded while exhausted and all enjoying our free pizza afterwards. Love that sense of community and connecting with runners from all over. Always a wonderful feeling and leaves me smiling. 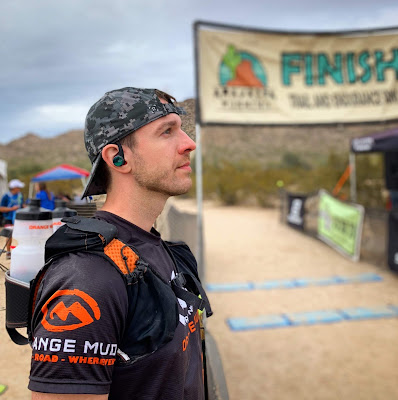 Once I got home, I soaked in some epsom salts and was determined to not move from the coach the rest of the weekend. Donned my robe, ate ALL the food, and tried to get back on the fast track to recovery.

I've got quite a few more adventures planned.. and more in the works. So stay tuned as I plan to make 2019 the most epic one yet! Let me know, what's on YOUR adventure list this year?! Thanks for reading and happy running. 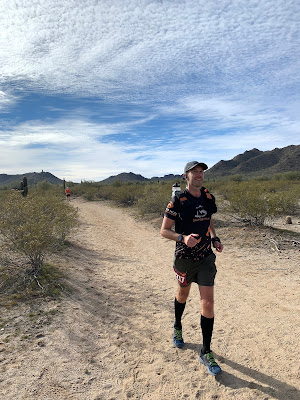