January 30, 2015
Winter means many of us runners are running at night. And night-running means we need to take extra precautions to be visible to everyone else, as well as being able to see! I put a variety of Nite Ize LED products to the visibility test! 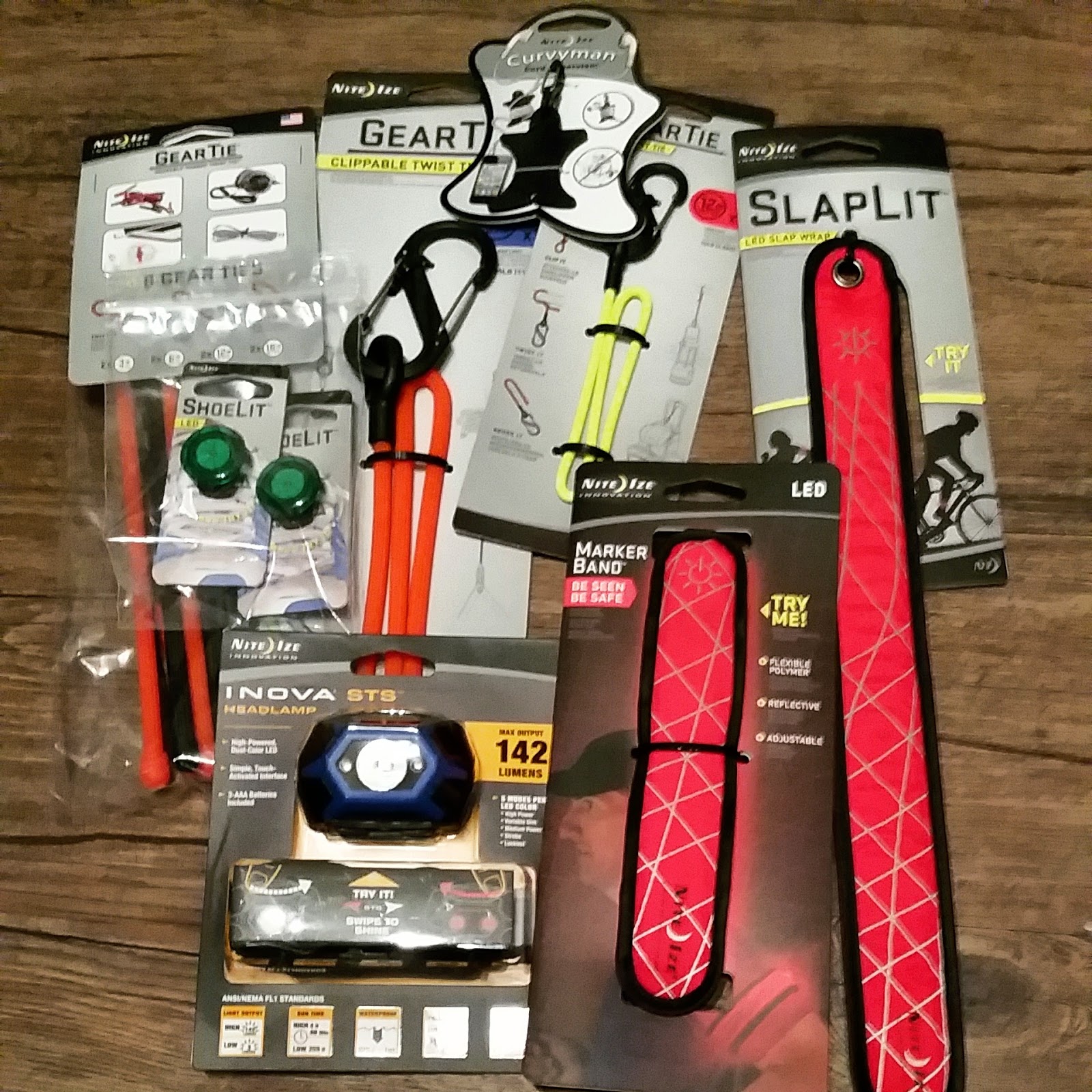 Disclaimer: I received a case of Nite Ize products thanks to Bibrave's BibRavePRO ambassadorship program. You can learn more about becoming a BibRavePRO & check out BibRave.com to find and write race reviews. All opinions are my own.

I received quite a few different products from Nite Ize and was extremely excited to try them out! I'll break each one down separately.

HEADLAMP
I was most excited for the headlamp. I've used plenty of these before, but the unique thing about this one? No Buttons! Just "Swipe to Shine"! And boy does this thing shine!  Here's the specs for the headlamp... it's honestly the brightest one I've ever worn!


It's so bright that when running on a more dimly lit area, I chose to use the "red" setting so as not to blind other runners or bikers. However, there's also a setting to have it "blinking" or to dim it.  So it has many variations to choose for wherever your running. This headlamp is absolutely perfect for who does a lot of night running OR if you're planning on running a Ragnar Trail Relay. 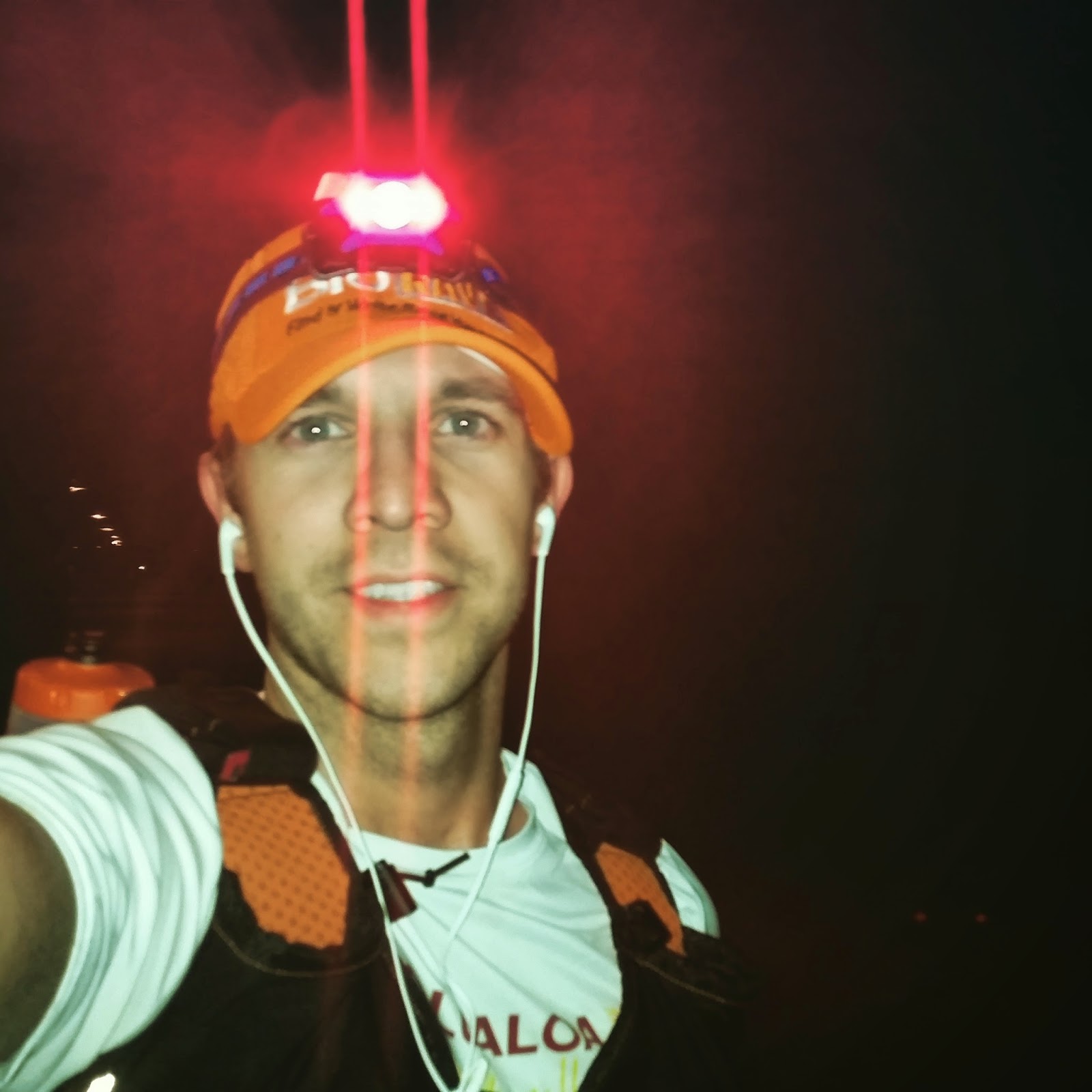 PRICE: 34.99 (I paid almost $70 for my other headlamp that's only half as bright!)
VERDICT: Amazing product. And Best bang for your buck!


ShoeLit
The pups helped me out with this one! Typically you would clip it to your shoe as seen above...but I saw how easy it would be to just clip it to their harness when taking them for a nighttime run.. and it worked PERFECTLY!  Just enough to make them stand out at night. Because we dog owners know it's just as important to make them visible at night. 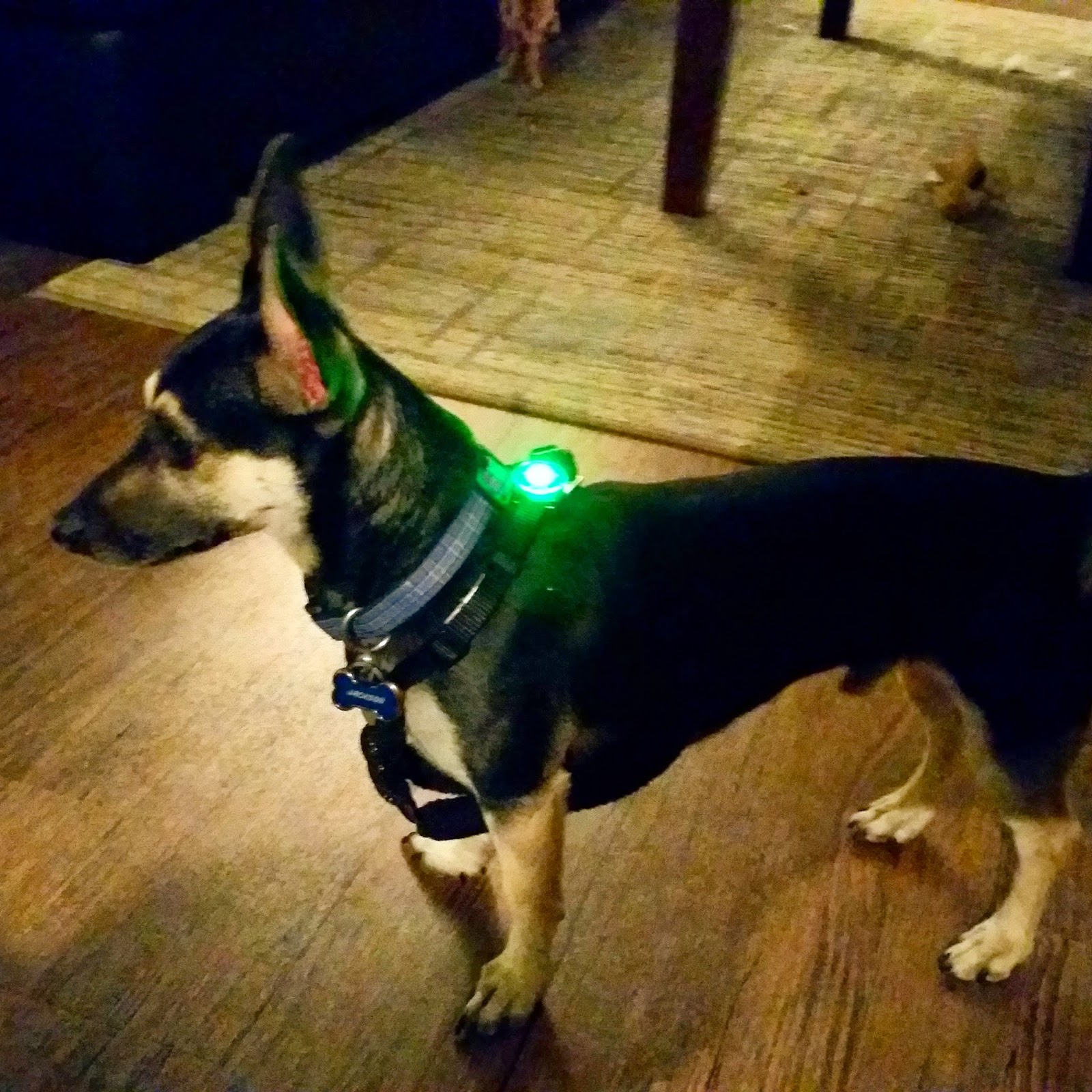 One thing I'd like to point out about Nite Ize, they have some great products that are just FOR pets!
Everything from collars, to leashes... even led discs and balls. For a full list, check out all their pet products HERE. 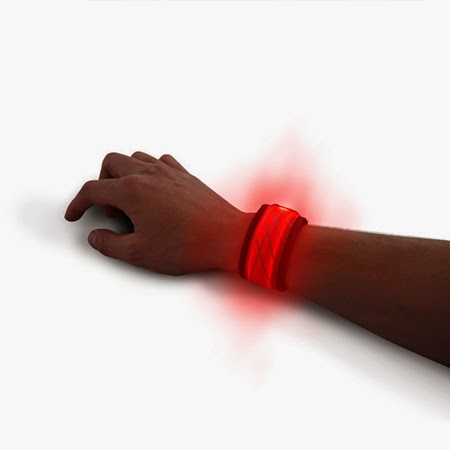 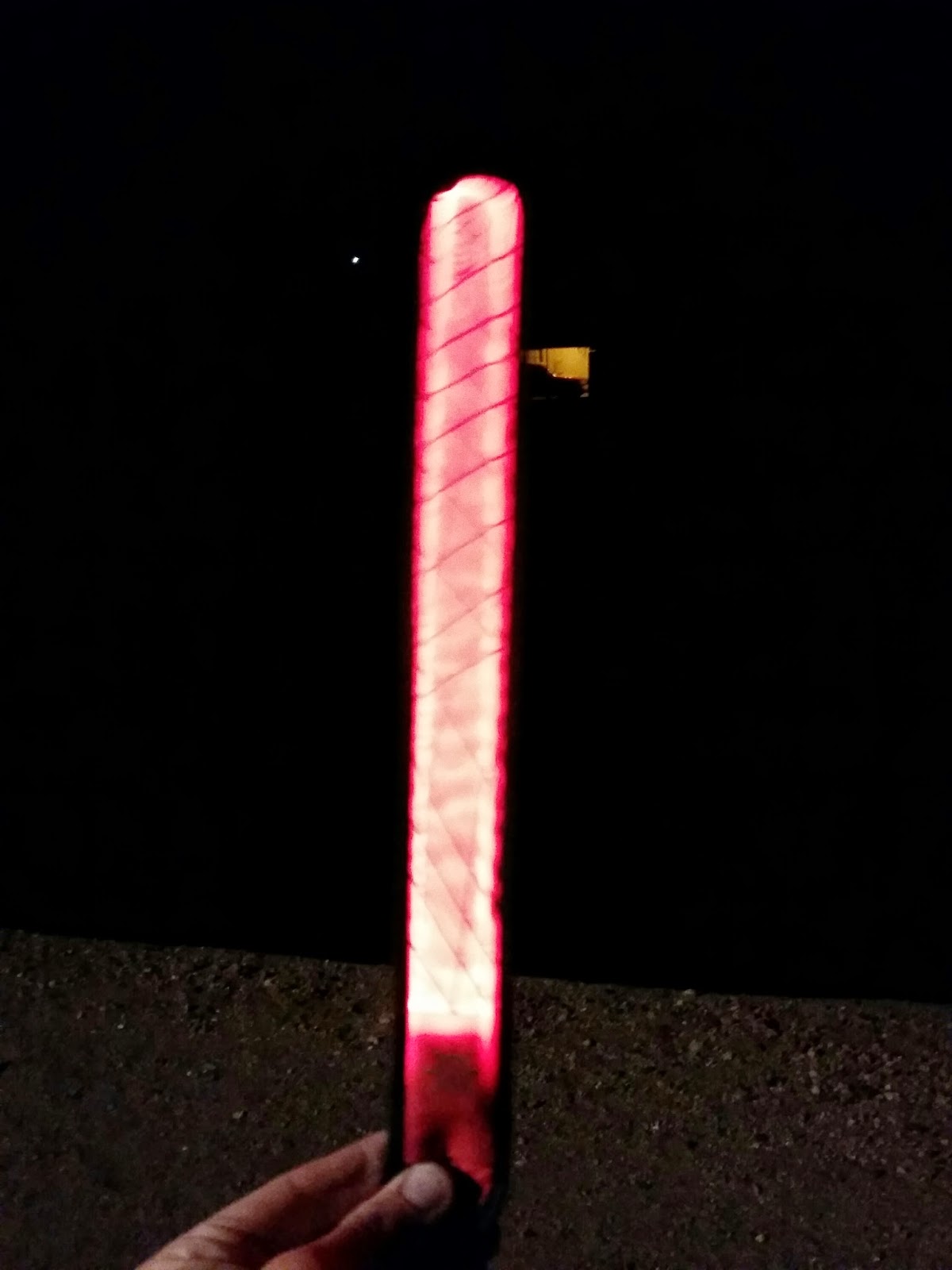 Yeah, that's right. An LED SLAP BRACELET.  This thing is sweet. How awesome is it to just click a button, slap it on and go? Plus it appeals to my inner child. :)

PRICE: $11.99
VERDICT: Durable, affordable, and FUN! Totally would buy this! 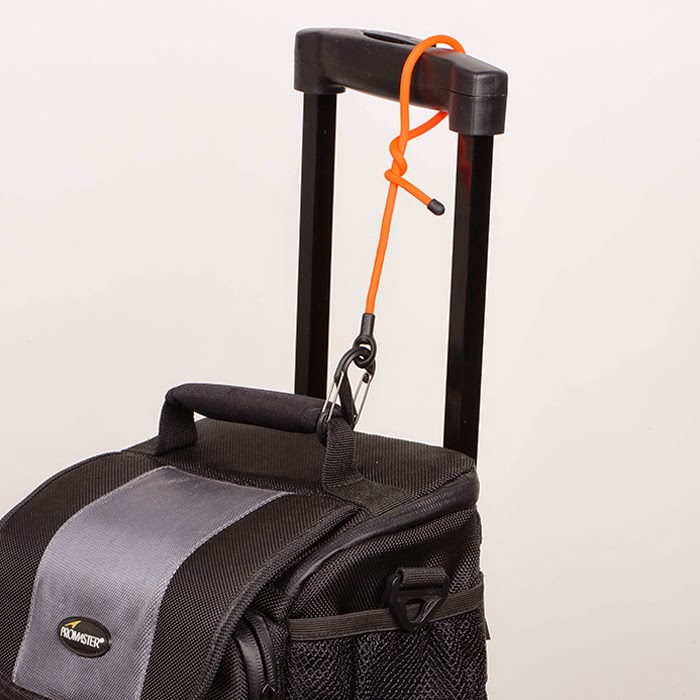 I'll be honest, I haven't found a use for the gear ties YET. But I have them handy on the shelf and am just ready to put them to use! The next time I fly, I'm totally using the luggage ties.

PRICE: $4.49
VERDICT: Great and affordable for those who fly a lot, have various electronics, or even just need help organizing their garage! 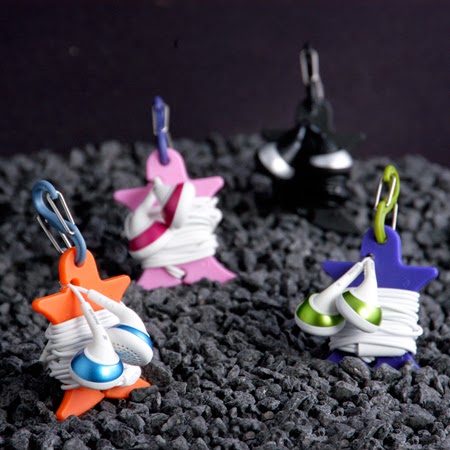 Last but not least... the curveyman cord supervisor.  Even though I now use bluetooth headphones, I know how much of a hassle those headphones cords used to be.  This is spectacular to remedy that, super fun, and super cheap!

All in all I had tons of fun using these products, but best of all.. I *KNOW* I can put them to use for all of my future night time runs.  They leave me feeling at ease knowing that I'm visible, and that everything is visible to ME.  I can enjoy my run and not worry as much about my surroundings.

Which Nite Ize product would YOU most like to try? What makes it the most appealing to you?