May 16, 2017
Disclaimer: I received a free entry into the Rock n Roll Las Vegas Half Marathon to review as part of being a BibRave Pro. Learn more about becoming a BibRave Pro (ambassador), and check out BibRave.com to review find and write race reviews!

I'm signed up for the Rock n Roll Las Vegas Half Marathon on November 12th!! This will be my third year returning for this race. But it's going to be an EPIC Adventure this year, that will blow all the other years out of the water. 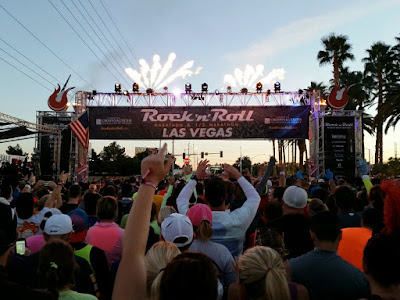 For a look at my previous adventures at the RnR Las Vegas Half Marathon, check out my reviews HERE and HERE.


This year, I'll be running the half marathon again, and hope to make it an even more epic adventure! Of course I'll want to meet up with the We Run Social crew again. But I will be using this race as a practice run for my (hopeful) end-of-the-year half-marathon PR at a race here in Arizona in December. That means I'd like to run 1:40 or under at the RnR Las Vegas Half. That's probably a lofty goal for such a crowded race, but I'm all about those lofty goals!

However, the Rock n Roll Las Vegas Half is a flat course and while usually cold, at least I'll know it won't be too warm! Check out the cool Half Marathon course preview video below.


My strategy will be to get into an early corral and see if I can start strong. However, since this is a "practice PR race", meaning just a dry run for my actual PR goal race, I won't be too disappointed if I don't finish in the time I'd like. I'm using this race to tell me where I need to focus on for the few weeks after in order to reach my goal time of 1:35 before the end of the year. 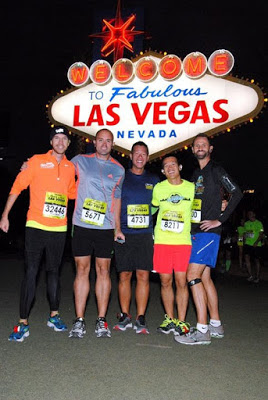 Now, there's one other big adventure going on that weekend: the b/f Jason will be competing in his big event for the year, World's Toughest Mudder (a 24-hour Obstacle Course Race) with our OCR training team from FITNESS 5 Gym. 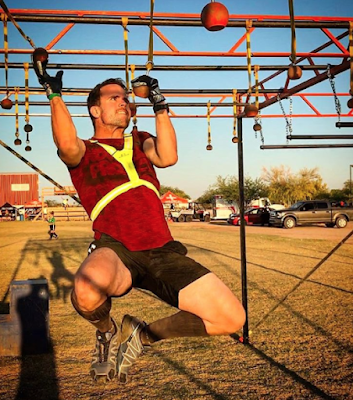 I'll be pit crewing for Jason, while he's attempting to complete some lofty goals of his own: 50 miles on this obstacle-filled course in 24 hours. While I'm sure it'll be tiring, I'm excited to be there to support him and our friends on this endeavor. And I'll just round out the weekend with a half-marathon. Haha.

Nevertheless, there are plenty of other great features of the Rock n Roll Las Vegas #StripAtNight that help make this event epic that are worth mentioning:


I'm excited for this event and for the entire weekend itself! I hope to see some familiar faces there. If you're on the fence about registering, watch the time lapse video below to get you pumped to run the Strip at Night!


Prices increase on May 23rd, so if you are interested in the Rock n Roll Las Vegas Marathon & Half Marathon, now's the time to jump on it! Drop me a note if you're running so I can be sure we plan to meet up for a hug, high-five, and selfie. :-D 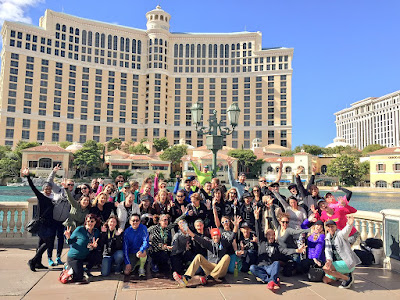