Running can be tough.  Relationships can take work.  Mix in the two, and you've got a recipe for either disaster... or success, depending on the extra ingredients you throw in.  Training can take a lot of time and commitment, but you don't want that to effect your significant other.

Some couples are made of two competitive runners, others are made of one recreational runner and a competitive runner.  Or in some cases you have a runner, and a non-runner.  All of these couples can have a happy ending, but each case presents it's own challenges.  So what's the perfect recipe for a happy medium between running and a healthy relationship?

I decided to ask my friends Rob and Tan for some insight into their "running relationship".  They've been together 13 years and are both competitive runners.  How do they make it work?  Here's a little Q&A from the happy runners! (full disclaimer, they are a same sex couple, but any challenges they face, are the same any couple would) 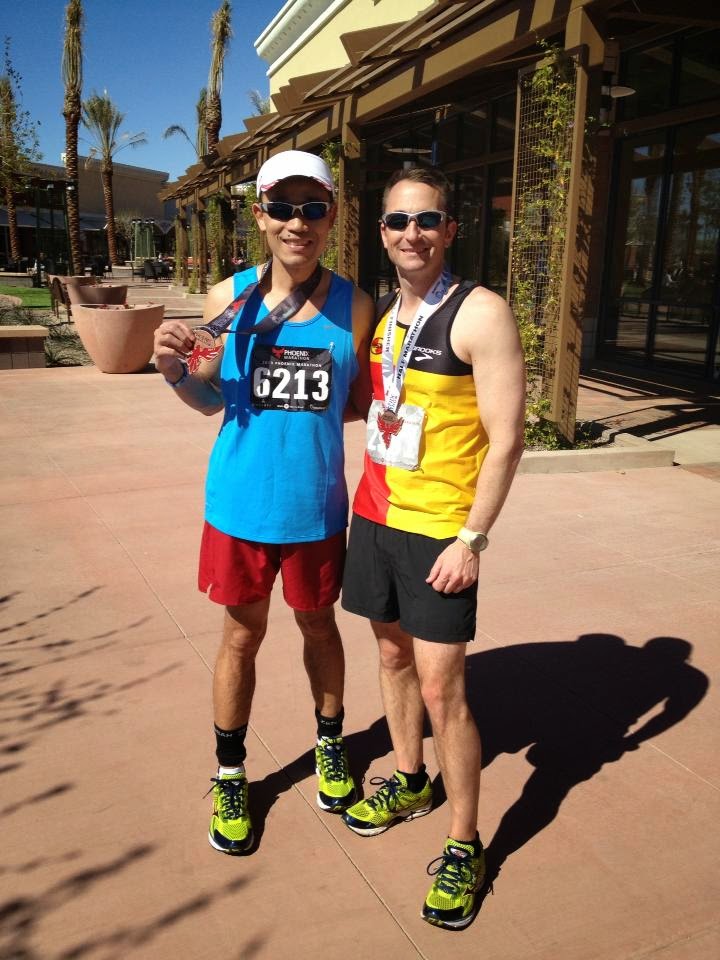 The following answers come from Rob, on the right. His partner Tan, is on the left.


Q: Do you and your partner run at the same level?  Who is more competitive?
A: We run at completely different levels.  Most of my races have been half marathons (about 15) and one full.  He (Tan) has a bunch more full marathons including Chicago, London, and New York.  He will run Boston in a couple of weeks.  We are both competitive, but not with each other relative to racing.  He is much faster than me (and more obsessed).


Q: Do you ever run together?  How often?
A: Yes.  We run together often.  Probably twice a week assuming no one is injured.  Generally we will run together for a couple of miles and then he will peel off and do his thing.  Sometimes we will do the whole distance together but that is rare. 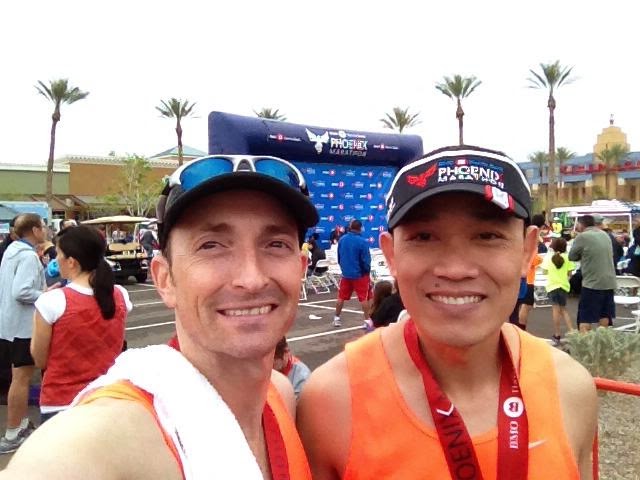 Q: Which is easier, running with your significant other or you both doing your own thing?
A: Running on my own is obviously “easier”, because I can run slow, or walk for a bit if I feel like I need to.  Running with him is “better” because I’m forced to beat back my internal demons and keep up a better pace without stopping or screwing around…

Q:  When traveling to races, do you both compete?

A: If it’s a full I generally am in support mode running around and cheering him on at multiple locations, but for a half we both generally compete.


Q: Have “race weekend” trips that surround only YOUR race ever became an issue?  Or maybe the other way around?
A: Never an issue either way… we both have fun either way.  For example, I really enjoyed being on my own in London and Chicago wondering through the city and getting to the next way point to cheer him on, and he enjoyed the race
Q: How do you juggle training and maintaining the relationship?

A: No issues here… since we work, run, and train with similar schedules so it’s generally not an issue. 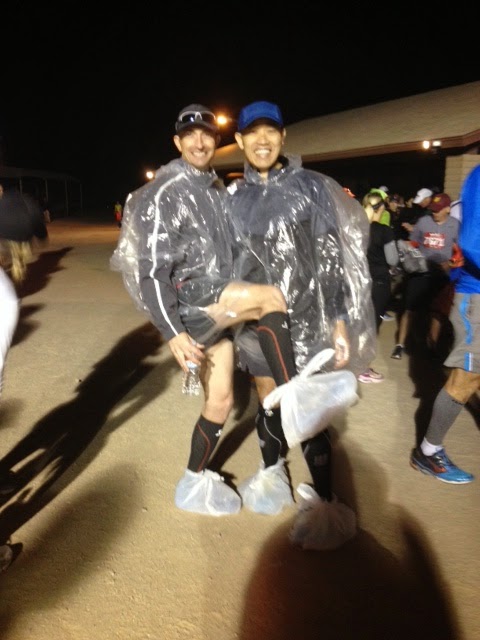 Q: What’s the best advice you have for a couple who aren’t both on the same running level?
A: Encourage and support your other half without being a nag.  It’s supposed to be fun!  The more advanced runner should not pressure the less advanced one to put in extra miles, faster intervals, hills, or alter a training schedule to match the one he is on.  After years of running you get to know your body, understand its limits and progression related to training that will keep you healthy.
If you pressure your partner into altering their plan and he or she gets injured then someone gets fat and the other one stays skinny… that’s when the relationship starts to have problemsJ!!  (JK..not really…ok kind of…)

Thanks so much for sharing your story guys!  Now, about YOU?  Do you have a partner in life and in running?  Share your advice below!
advice couples who run marathon training running couples running relationships