September 12, 2014
So even though I haven't had a chance to run lately (dang Plantar Fasciitis!) I at least have been doing more hiking and walking.  I was contacted by Cardiostrong to test out their Vanquish energy gels and put them to the test! 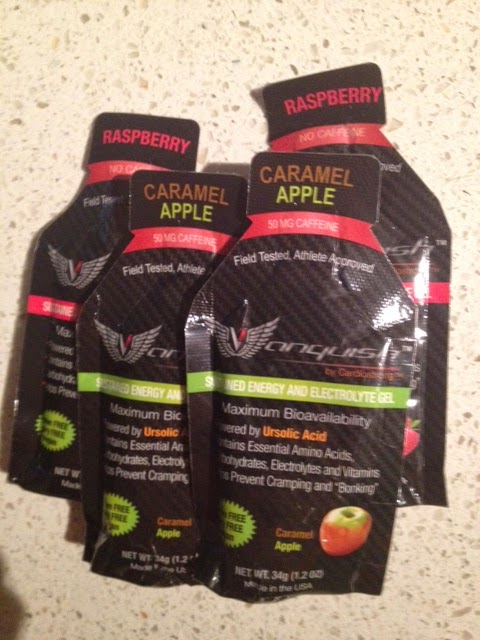 I was super excited about both flavors. Caramel Apple AND Raspberry!  How awesome is that?
Now, I noticed the Raspberry didn't have any caffeine in it.  Meanwhile the Caramel Apple had
50 mg (that's 30g more than a regular GU energy gel).

I'm ALL about the caffeine so Caramel Apple was my first try. 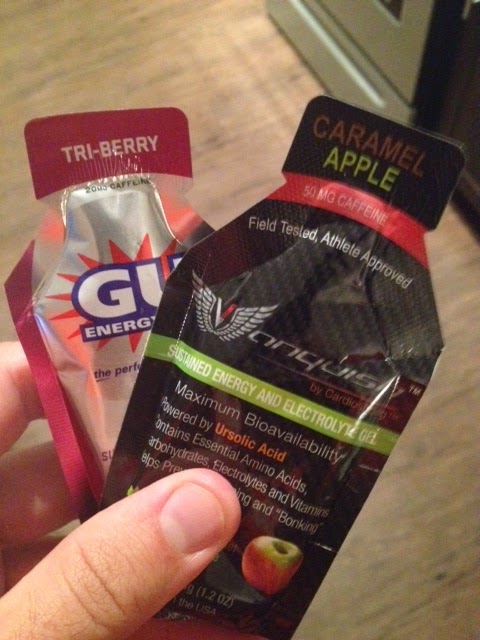 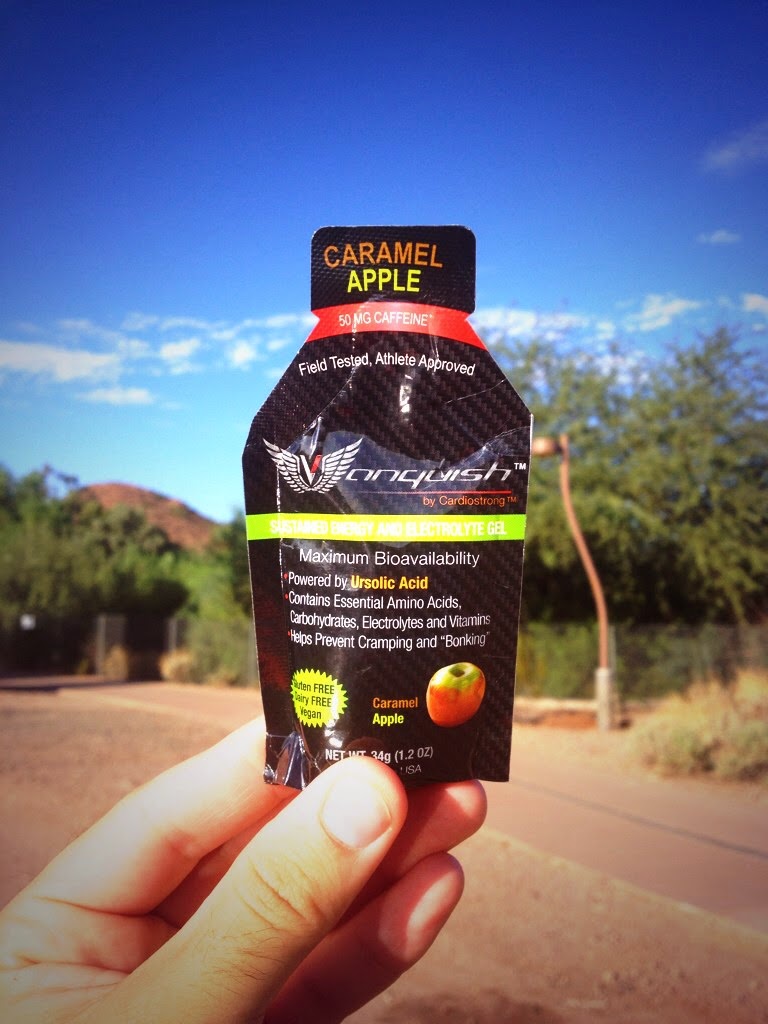 I have to say this stuff was delicious!  And it didn't seem to upset my stomach like GUs tend to.  Don't get me wrong, I love my GUs. But I've been searching for something that won't upset my stomach after downing 4-6 during a race.

Later, I tried the raspberry.  Good, but definitely nothing compared to the caramel apple!

They're basically the same thing as GU. So what's the difference? Vanquish is made with Ursolic Acid, a natural compound found in apple skins and rosemary. Here's a study from the University of Iowa on the benefits of Ursolic Acid (LINK).

Besides Ursolic Acid, there's a few other ways Vanquish Gel compares to all the others out there. Take a look at the following chart to see how they stack up!

Now, full disclosure... I didn't get to test them out during normal running/training.  So I'm not sure just how well they'd hold up for that.  But they definitely worked for the moderate activity I was doing.  I'd like to continue looking for alternative fuel sources for training, but once I'm back in the game I'll definitely give these another go.