September 03, 2014
I'd like to introduce you to a fellow Arizona runner, blogger, and all around inspiration!  Meet Daniel, aka, Blessed Runner.  He's a pro at balancing running and being a dad.  Both alone are full-time jobs!  He and I partnered in our #RunEatTweetAZ blog swap (you can read my post and more from Daniel over on http://blessedrunners.com)


Now let's go on a Training Journey with Blessed Runner!

It's pretty amazing to look back and see how far I've come, as a man, as a father, and as a runner. My first ever race happened in the summer of 1993 because my aunt Millie and uncle Johnny signed me up for a 5K race in Dana Point, CA. I thought I was going to die that day, but turns out I would live to run another day!

In 1995, I went with aunt and uncle to New York City.  They were running the NYC Marathon for the 5th time. We stayed with their cousins in Long Island. On race day, I got to run with my aunt Millie just after she came out from under the famous 59th Street Bridge. We ran 10 miles together, starting at mile 16 to mile 26. She ran the last .2 miles to the finish. 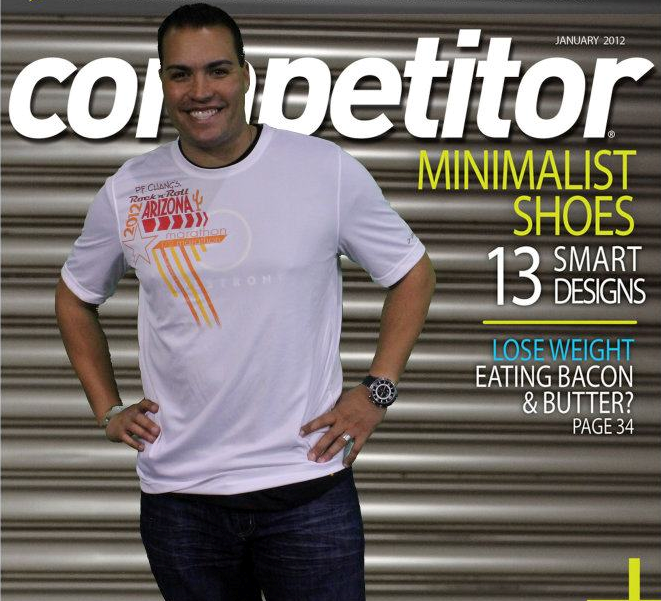 Years went by and I never ran. In fact, I hated running. But somewhere deep in my heart was a special place for the Marathon. One of my "bucket list" goals was to run the NYC Marathon.  I ran my first half-marathon in 2006, another in 2007, then another in 2010, and another in 2012. I didn't train for any of them. I totally BS'd my way to the starting line, through the courses, and still have the medals to this day.

In 2012, I was registered to run the ING NYC Marathon with my aunt Millie and Uncle Johnny; but due to Hurricane Sandy, the race was cancelled for the first time in over 5 decades. I had just finished picking up my race bib at the expo in Manhattan when we got news that the race was cancelled. Over 40,000 runners had already checked in at the time of the announcement. Seeing the destruction and experiencing the interruption of everyday life in New York was unprecedented in my lifetime.

So in 2013, I was guaranteed entry into the ING Marathon. It then, that I made the decision to "train" for it. I knew that if I was going to do it, I wanted to get myself in better shape than I was in 2012. So I began training for the marathon, and honestly, training for a marathon over a period of several months was actually more challenging than the race itself. 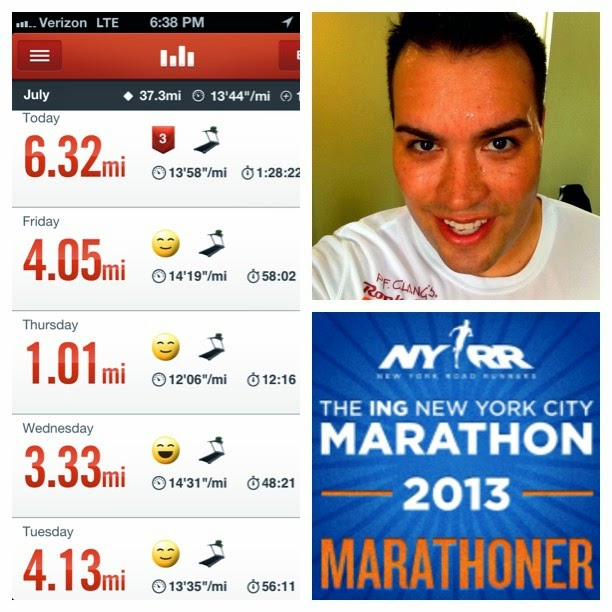 My training started in July during the freakin hot AZ summer.  Temperatures over 100 degrees, challenged me physically, mentally, and emotionally.  I learned a lot about myself during those runs. I learned how much negative self-talk I have, I learned how to push myself further than I thought possible, and more importantly I learned how to keep myself disciplined and accountable to accomplish a big goal. 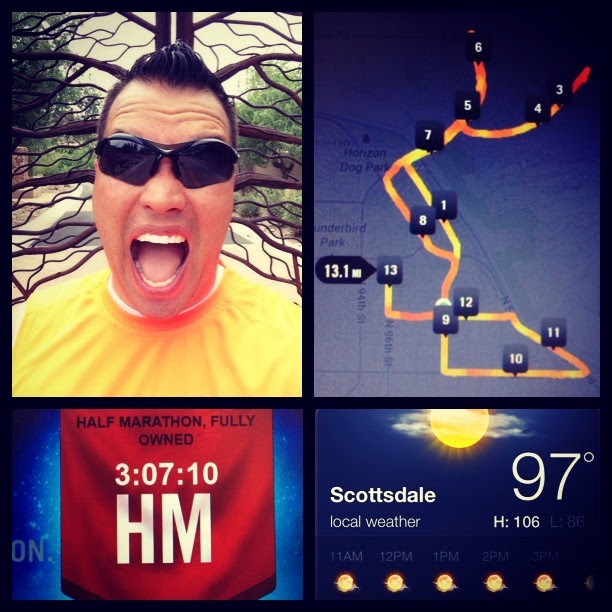 I never said I was fast, and over the course of training and following other runners I realized a few things. Don't compare yourself to others. Especially those who run sub-7 miles and weigh almost 100 lbs less than you. Don't worry about how fast you run, just keep proper form and enjoy the run. The moment you get OCD about pace and progress- that's when running becomes more of an obligation and obsession; than an outlet that generates joy and refreshment.

On race day, I really had NO IDEA what I was getting into! So many emotions, I could blog for hours but words can never express what I felt (and still feel) to this day as a result of running 26.2 miles through my favorite city - NEW YORK CITY!  I truly had an empire state of mind!  Over 45,000 runners started in Staten Island, then ran into Queens, then Brooklyn, then the Bronx, and finished up in Manhattan's Central Park. It took me 6 HOURS, 44 MINUTES and 16 SECONDS! 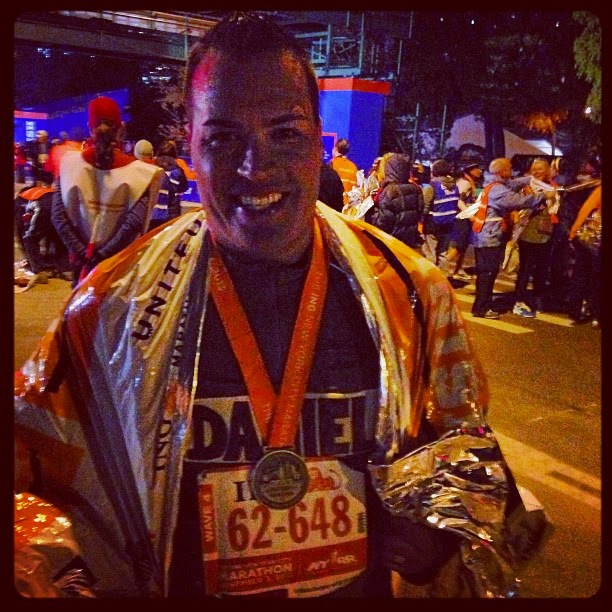 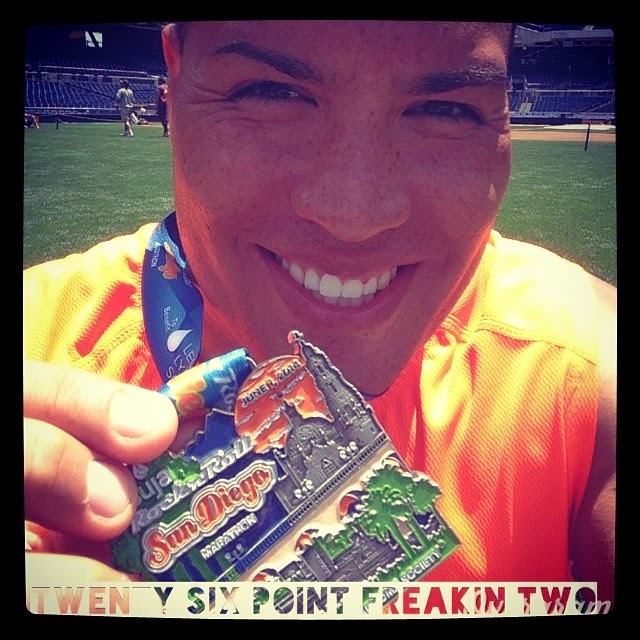 Twenty Six Point Freakin Two!  The next race event I have is the 2014 Bank of America Chicago Marathon on Sunday October 12th.

So what? So I've ran two marathons and a handful of halves...big deal right? Nope, not at all.


The big deal is that running has opened up a realm of relationships that I've never would have otherwise had or even cared to. In addition, it's given me the opportunity to not only get in shape, lose weight, build muscle, and have increased stamina and endurance; it's also been a platform for me to share God's love in conversation.

See.. I'm a hot mess just like everyone else, yet even still, God loves us, forgives us, and accepts us regardless of how fast our pace is, how many miles we've logged, or how many medals we've acquired as a result of running. Running doesn't define us; it never will. However, it definitely has the power to refines us, both our character and our consciousness. "So Let Us Run with Endurance the Race Set Before Us" and "Press On Towards the Goal!" 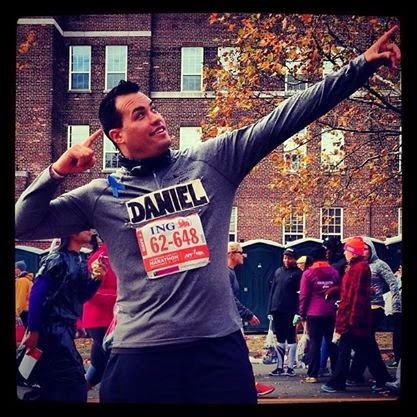