Round Two at the Road Runner Sports Craft Classic Half Phoenix

Last year (2016) I ran the first Road Runner Sports Craft Classic Half in Phoenix. (You can read my recap from that year HERE). It was a blast and I was excited to return for 2017. The Craft Classic Half was just as great as this year, if not better! 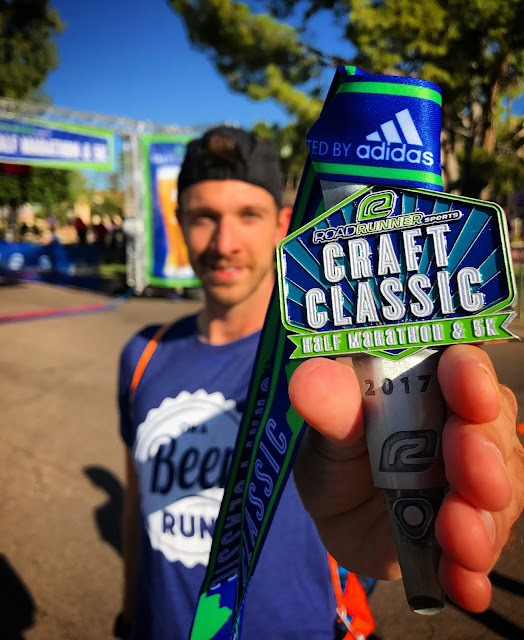 Disclaimer: I received an entry as part of the Craft Classic Ambassador Program.  The follow review is my honest feedback and all thoughts and opinions are my own. 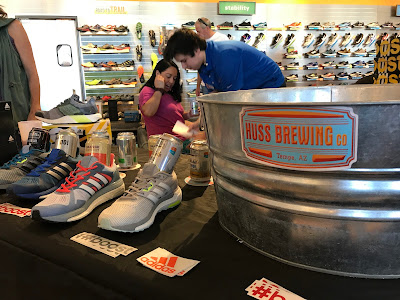 Packet Pickup was as the local Road Runner Sports store and tons of fun! The local beer sponsor, Huss Brewery, had samples for everyone--so how can you go wrong with that? I'm also a little biased though, because Huss Brewery makes my favorite beer, the Koffee Kolsch. A light-bodied kölsch, steeped with caramel and hazelnut coffee beans. It's seriously amazing.  But enough about beer... for now. 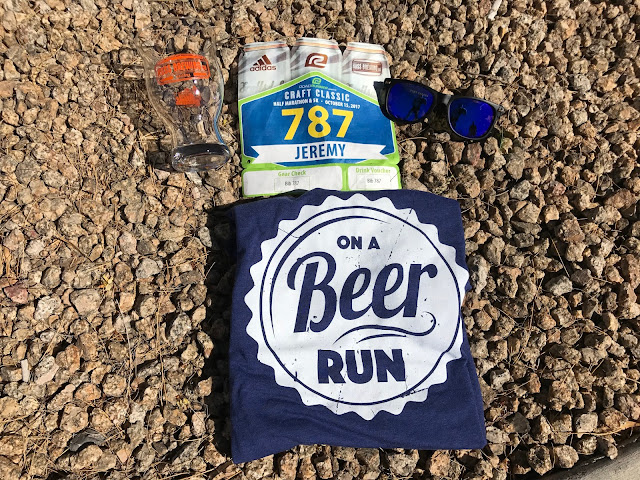 Besides the friendly faces at packet pickup, all race participants also received a coupon to Road Runner Sports. So of course, we did a little shopping while we were there! The race swag we received was fantastic: an awesome pint glass, some sweet Knockaround shades, a soft and comfy Beer Run shirt, and a cool custom bib.

Before the race, I wanted to have a little fun with my race "outfit" on social media. So I used the new Instagram poll feature to have Insta-friends help me choose between my blue Lululemon shirt or grey one. Here were the results so you know I in fact did wear what the people chose! Haha. It was a fun little experiment. 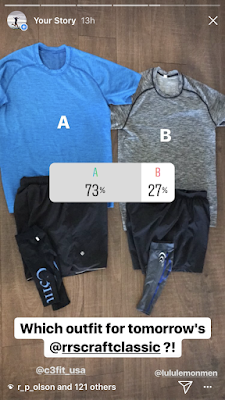 After some carb-loading at the local Oregeno's, I hit the sack early. The half marathon started at 6:30am, and while that's not incredibly early, Fountain Hills is a bit of a drive (30-45 minutes). And I always prefer to be early at the race start.

I arrived Sunday morning around 5:45am. Plenty of time to use the restroom but I didn't have to worry about any lines all morning long. There were more than enough porta-potties. I was able to keep my nervous bladder in check and used them a few times before the start.

I'm usually the one that's always chilly but the weather was really perfect. Low-mid 60s by the start and warming up as the day went on. Shirt and shorts were perfect and even a tank would've been great.

The November Project Phoenix crew showed up in masses to Craft Classic, just like last year! Many had come to run, but there was also an NP aide station out on the course. Having so many friends join me for the race really helped make it special. We all met up before the start for a group pic, and even had a quick motivational "bounce". 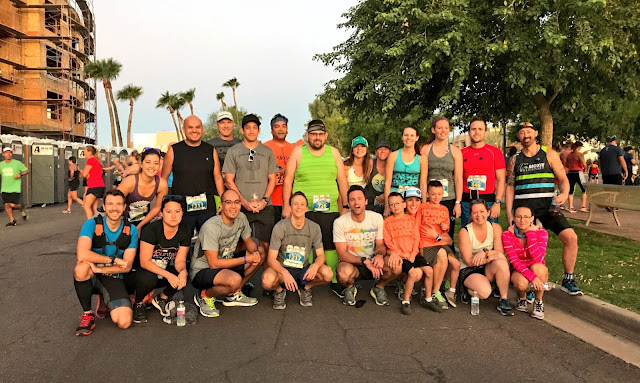 Now, I'll have to be honest and share that I was a little nervous about this particular half. Last year I remember being worn out from all the rolling hills on the course. I mean they don't call it Fountain Hills for nothing. I love challenging races because I always feel more accomplished at the end, but I wasn't sure how ready I was going to be. And sometimes you never do. So many things can go wrong or can go well during a race, so you never find out what your personal race is going to be like until you get a few miles in.

This round, I was a little stronger and surprised myself. Things went well! This year while I was on the course I kept thinking "Okay, the hills are coming. Just around the corner". Then after one hill would pass I kept thinking "Well, that wasn't so bad. But maybe this next one will be the one to slow me down." Fortunately, I had trained a little better and kept a steady pace throughout. 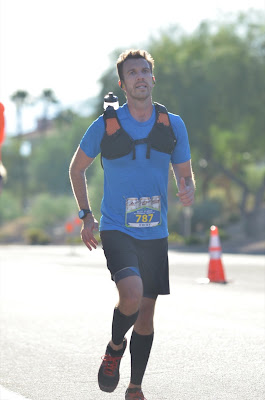 The aide stations were fantastic, as always. With people cheering and handing out Nuun and water. The NP station even had some beer for those that wanted it! The course was scenic and fun and it really was an awesome race.


I was doing an Instagram Stories takeover during the race for fittcity and the race photographer caught me in action. The life of a social media runner. Haha. Speaking of, another fantastic thing about this race: free race photos! That's right, all digital downloads. All FREE. 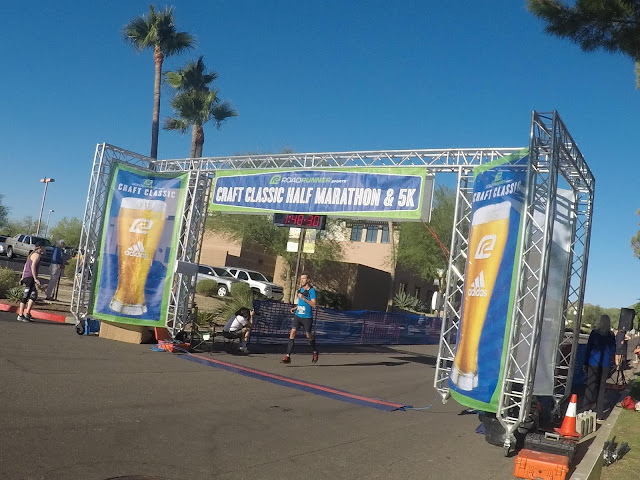 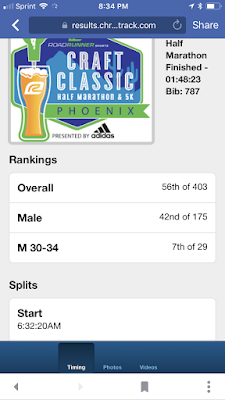 I surprised myself by finishing in 1:48:33. While not a personal PR, I did beat my time from last year by nearly 10 minutes. I was beaming! It was still a challenging course but I felt I had crushed it for sure.

Now that means NEXT YEAR (yes next year, have to run this one again!) I'm going to have to work even harder to continue the trend.

After finishing, I didn't go straight to the beer garden. Instead, I wanted to wait for the rest of the November Project crew that was still out running.

Last year we waited for our final finishers and did our signature "tunnel" as they came in. We wanted to do the same thing this time around.

While waining, I spent some time hanging out with some friends, including fellow Craft Classic ambassadors. This race always does a photo booth area so we had some fun taking some pics there and catching up. 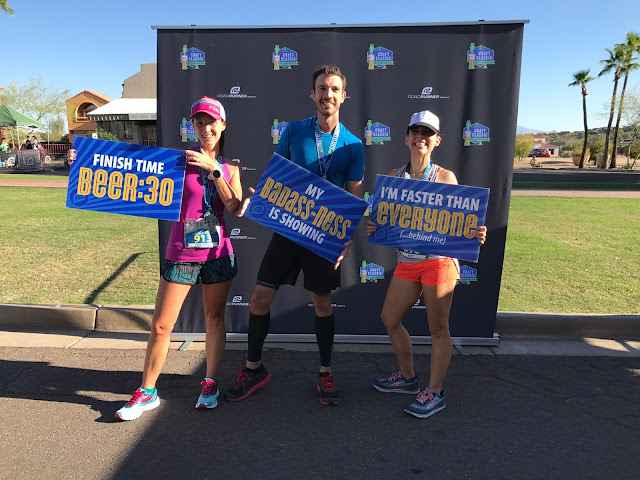 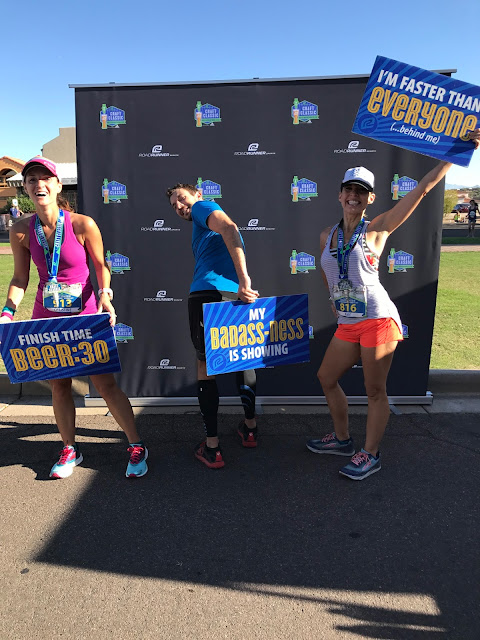 Also, I wasn't the only guy beaming from a strong finish! Jason ended up securing a personal PR with a 1:41 finish. I'm very proud of him for PR'ing on rolling hill course. He's getting stronger by the day and is continuing to crush it! 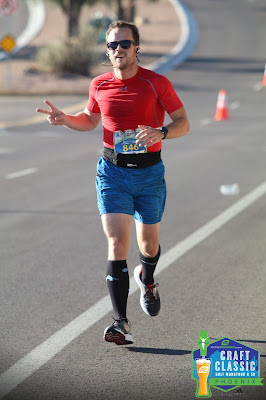 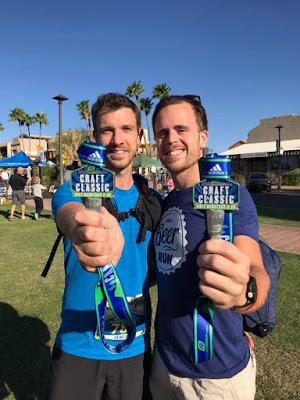 When our final guy came through the finish, we made sure we were there to cheer him on in the NP fashion. 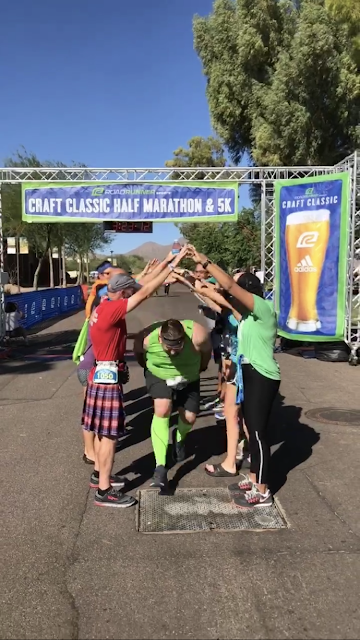 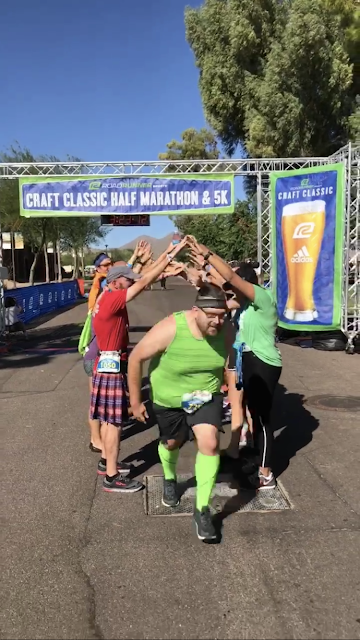 After Erik's finish, it was time to hit the beer garden. Huss Brewery was giving out a free beer to all participants, but also had a few brews available for purchase. Including my favorite, the Koffee Kolsch! So needless to say, I was in heaven. 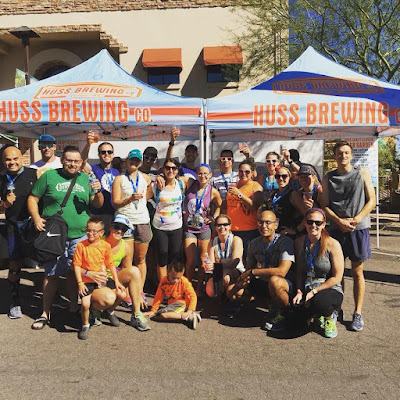 Inside the beer garden, there were several vendors, including Adidas. They had set up a fun little photo area and were giving out some cool swag items. The women working this booth were a lot of fun and we had a blast hanging out with them. 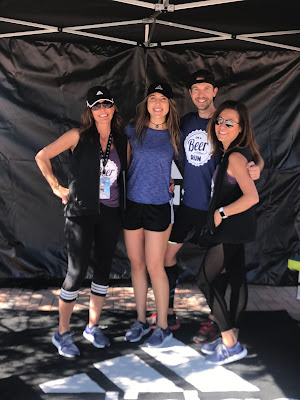 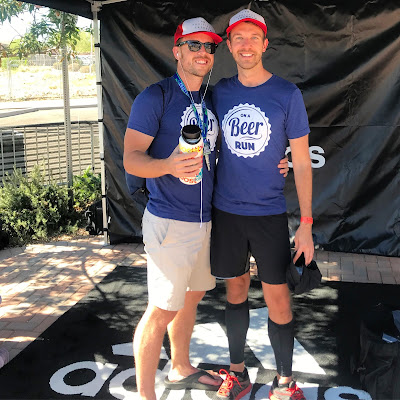 All in all, it was an amazing day all because the Craft Classic is such a fun race. Yes, the course can be challenging but the finish line fun is worth it. And the people make it that much better. I highly recommend you run the Road Runner Sports Craft Classic Half & 5k in Phoenix (or really, any city!). 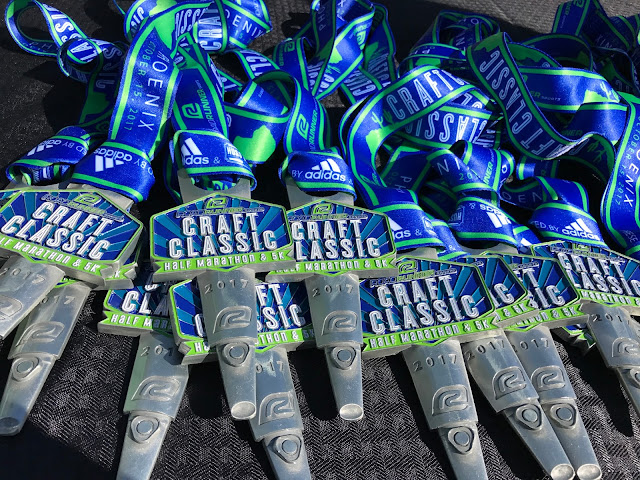 I hope to see you at the race start in 2018. Until then, happy running and happy training!