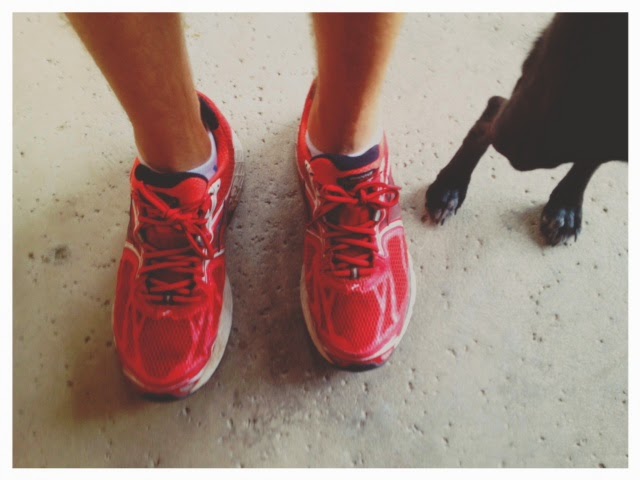 Janie here.  Guest Blogging for my dad, Jeremy.  He's a human, and they can sure be a nuisance to run with! But let's face it, humans need their exercise too!  I run with my human all the time, and it definitely takes patience. 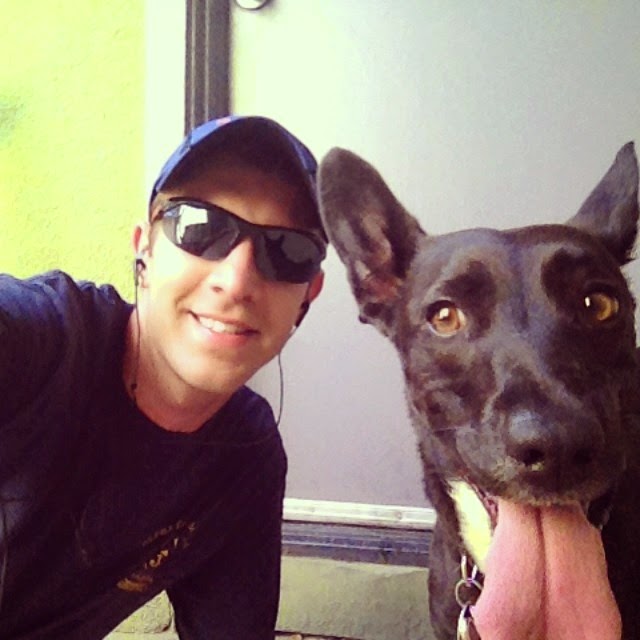 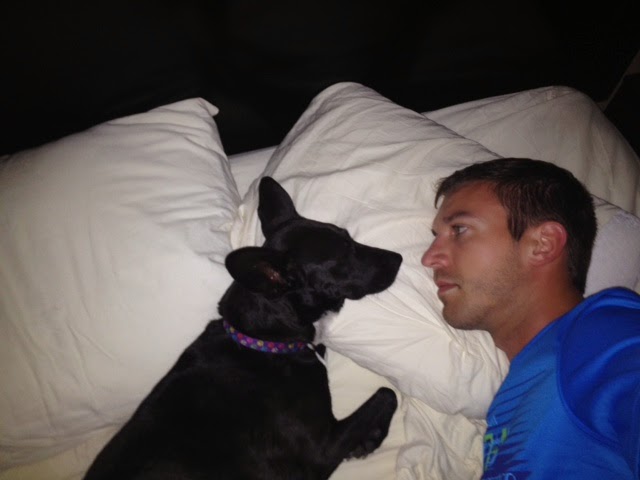 First off, they're tough to get going in the morning.  They're stubborn and insist on sleeping in.  But you've gotta get them up early before it's too hot or too late.  So be persistent.  Enough licks and they'll wake up.  Eventually, just walk on your human.  That'll do the trick.

Once your human is up.  Here's the really tough part.  They take FOREVER to get ready!   Jeremy is always fumbling around for some nasty drink... called "coffee"... before he will finally start putting on his stuff!  For some reason humans have to wear tons of "clothing" and carry all sorts of gear.  But if they want to carry all that stuff, let 'em.  At least THEY can carry your water. 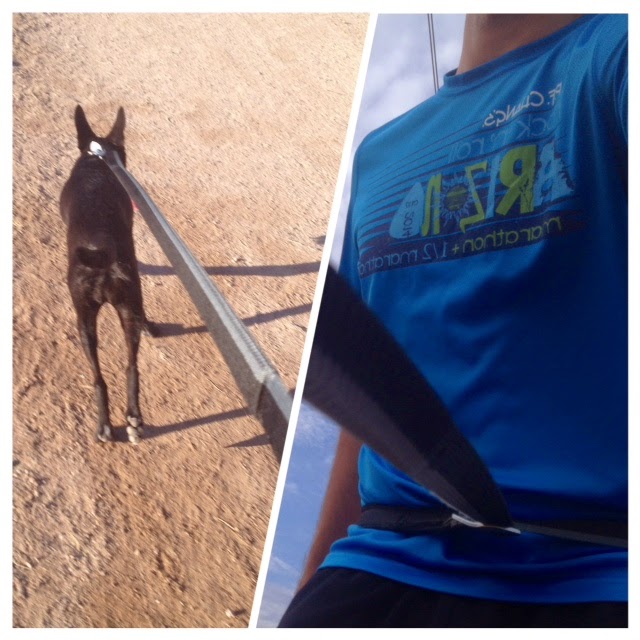 All I need for running is my harness and his leash.  I'm not a huge fan of it, but it's the only way to keep him moving.  I basically have to drag him along on our run.  Humans can be slow.  So be prepared to run slower than normal.  Just focus on the fact you're getting them active and wearing your human out. 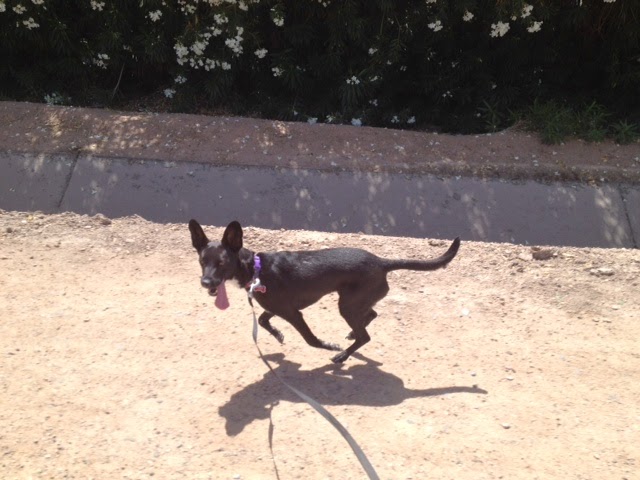 One of the most confusing things to me is humans don't seem to enjoy the finer things on a run.  They don't like chasing ducks.  Saying hey to other dogs.  Or even sniffing around the bushes!  For some reason they just want to go out and get it over with.  This can be SO ANNOYING!  They will yell, stumble, sometimes even shout "NO"... whatever that means. 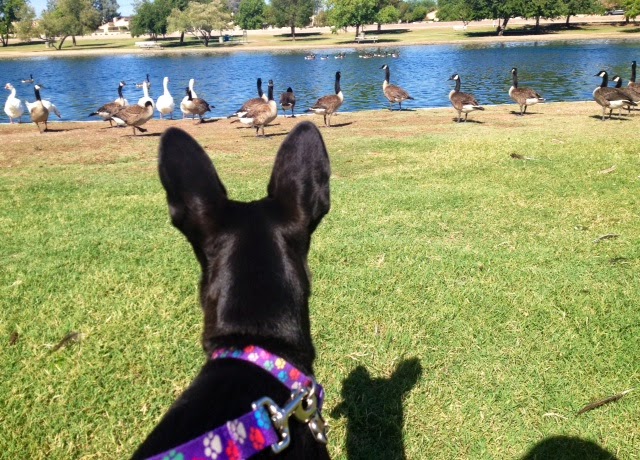 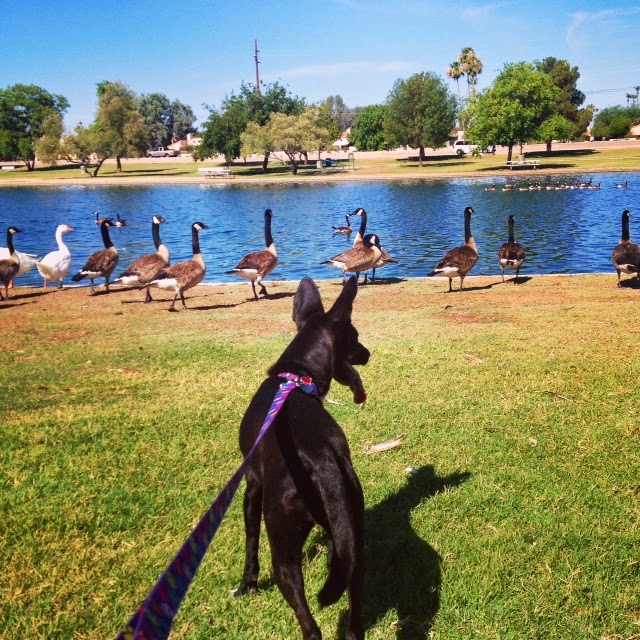 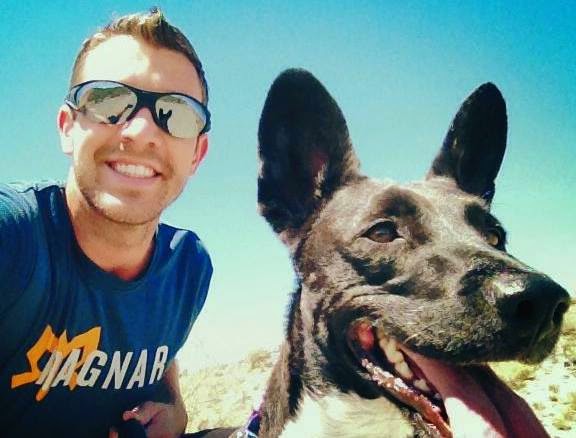 Nevertheless, enjoy what parts of the run you can while making them happy.  It's all about finding the right balance.  Besides, they're carrying your water and love taking pics of you... so take the good with the bad. 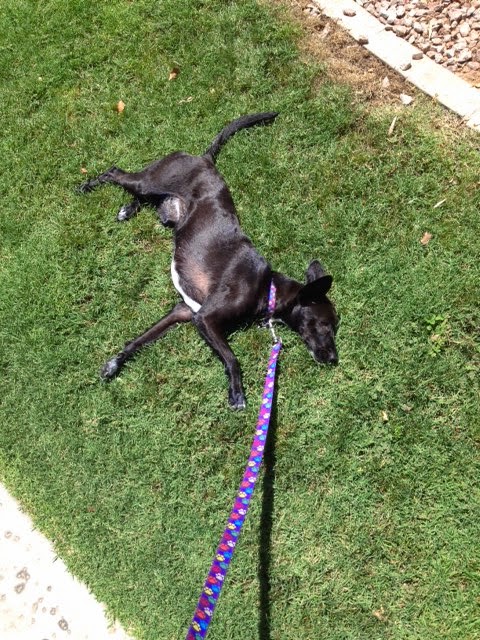 Now, one of my favorite things right after a run, is to find a lovely patch of grass.  The greener and wetter the better!  And then... just roll it out.  My human has yet to join me rolling around a nice lawn.  But it helps to cool you off and it smells sooooo good! 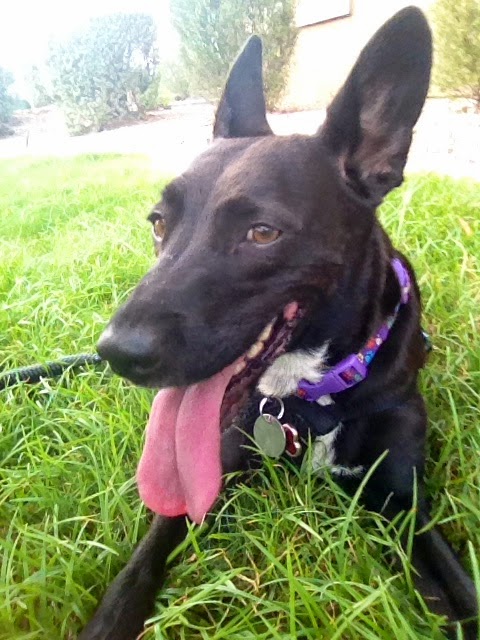 Running with your human can be frustrating, but it's worth it.  They'll be in a good mood afterwards, which means more treats, and more cuddles for us!  I don't know where my human goes all day, but I know sending him off after a run, he'll be in a much better mood! 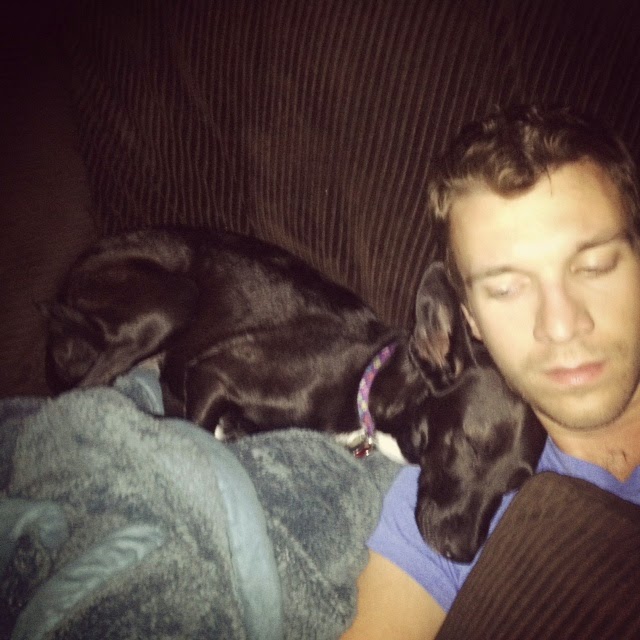 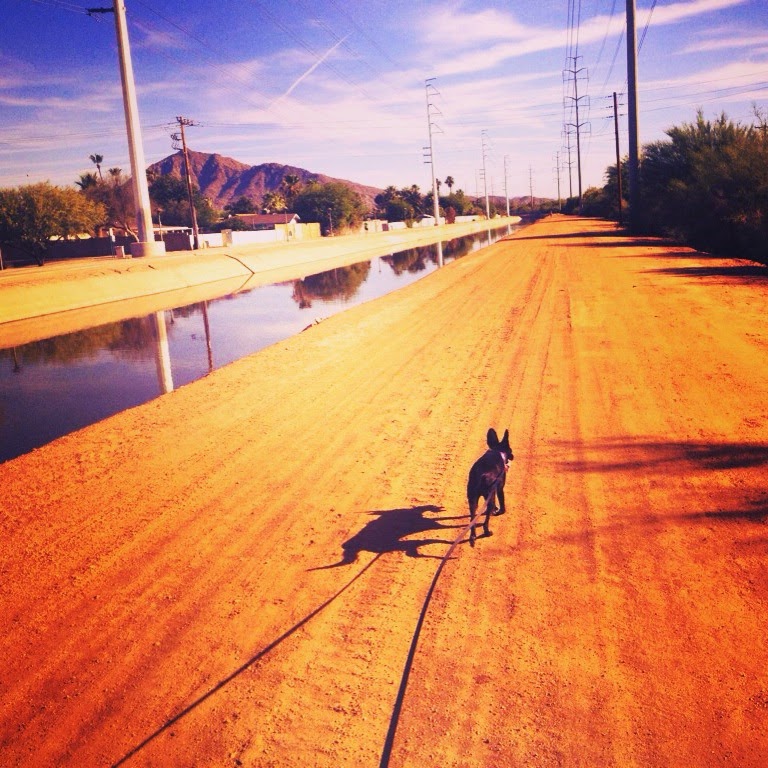 Now get out there and get your human some exercise!  What tricks do YOU use to get them out of bed in the morning?? 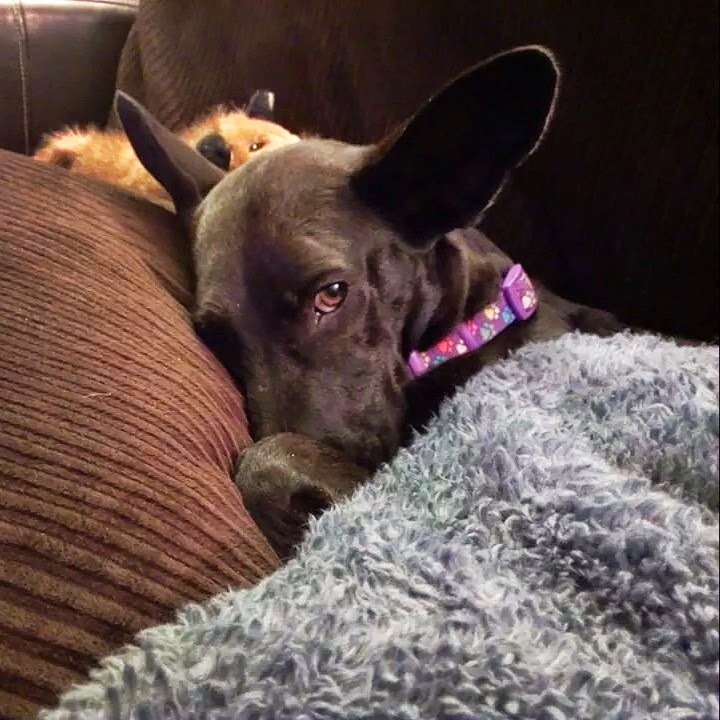