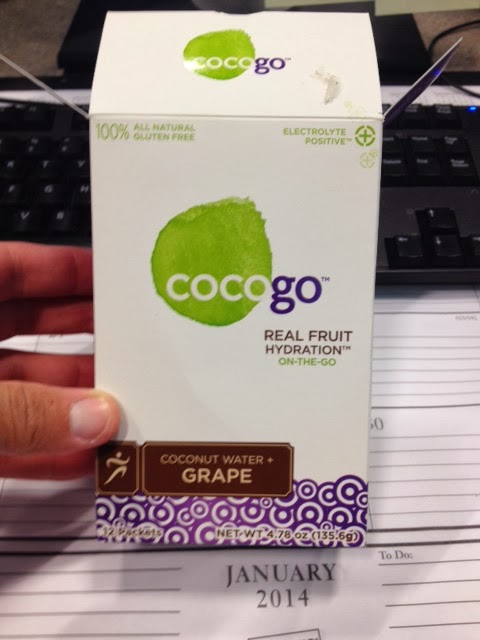 I recently had the pleasure of doing a review for Cocogo.  A sports drink hydration powder in a stick pack.  What makes Cocogo different from all the other powdered drinks out there?  It uses real fruit and coconut water.  No artificial flavors.  No corn syrup. And no artificial sweeteners.
I was really excited to try it out!  Like many everyday runners out there, I'm always "on the go".  Last week I knocked out my run, jumped in the shower and rushed to work.  No time to really re-hydrate so I was still pretty thirsty. 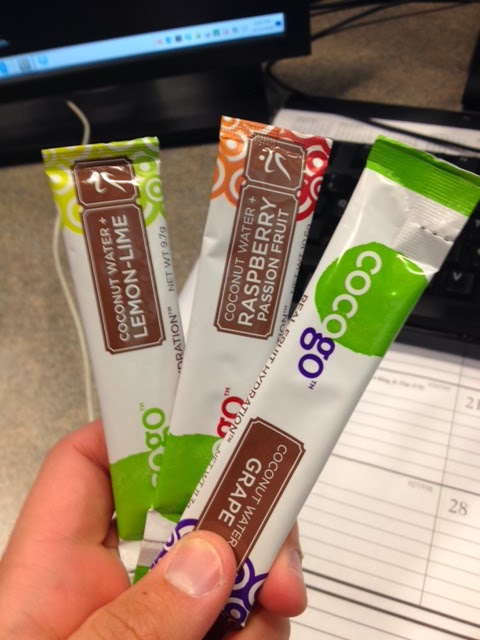 I opened up a packet of Cocogo and gave it a shot!  For those of you not familiar with powdered drink packets... you just pour a packet (or two depending on how much flavor/electrolytes you want) into a bottle of water, shake it up, and enjoy!  This wasn't my first time with that kind of stuff... but it really is hit or miss with all the different versions out there. 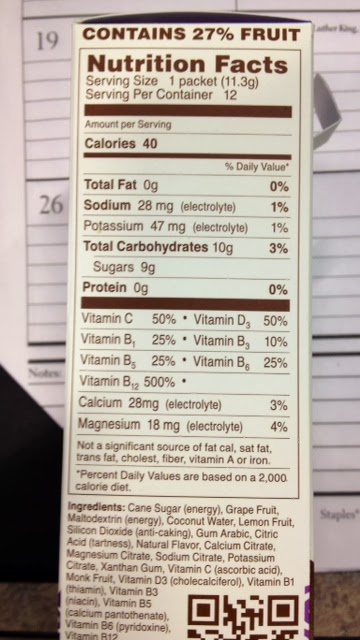 But Cocogo tasted great! What really surprised me is it's not too sweet at all.  And since it's naturally sweetened with real pieces of hydrated fruit, it tastes more like juice.  This really stands out amongst the powdered sports drinks out there. Plus, what little sugar is in these packets, is cane sugar instead of any artificial sweeteners.
I also have a very sensitive stomach so I was a little worried how my tummy would handle it.  Needless to say, I definitely wanted to have access to a bathroom in case of a "Code Brown"!  But thankfully there were no adverse effects.
I tried it again on two different such occasions at work, after a run when I didn't have a chance to really re-hydrate.  Each time was the same as before. No mad dashes to the bathroom and I felt great! 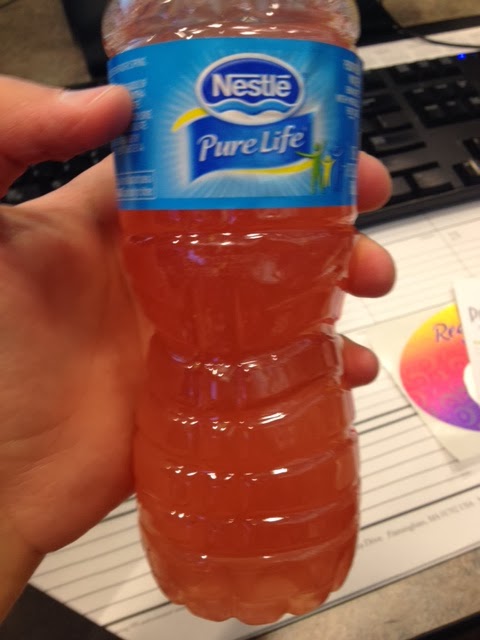 Now, it's not an "energy drink", but any boost to your hydration can give you natural energy.  I tried all three flavors Cocogo offers: Grape, Lemon-Lime, and Raspberry Passion Fruit.  My favorite was the Raspberry, but the lemon-lime tasted like lemonade so that one was great too!  The grape was still good, just wasn't my preference.
You're probably thinking: okay, great. But what about the price? Actually, that's not too bad either! It's $9.39 for a box of 12 packets.  Pretty standard for most powders out there.  AND you can use the discount code 40COCOGO  for 40% off on the Cocgo website! http://store.cocogo.com/
I already ordered myself two boxes after I finished off the sample they provided. Overall, I really don't have a single negative thing to say about Cocgo!  I'm so grateful that I was introduced to this great product.
Once my boxes come in, I'll give it a try before a long run to see how I feel during and after.  I'll update you once I'm able to test that out.  Until then, do you have any other questions about Cocogo?  Let me know in the comments below!
Thanks for reading and Happy Running everyone!