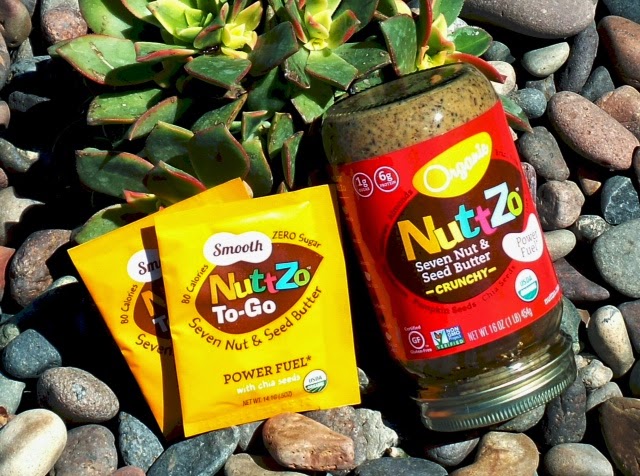 Here's a confession for you: I'm obsessed with peanut butter and nut butters.  All kinds really!

Most recently I've been fixed on Almond Butter and PocketFuel's nut butter blends for both before and DURING my runs.  Now enter NuttZo's Organic Seven Nut & Seed Butter!

Before I start, you're probably wondering what EXACTLY is NuttZo?  Here's the breakdown.

NuttZo is a nut butter blend made with 7 nuts + seeds in every jar.
They claim to be:
NuttZo claims it's the healthiest, most unique super-butter on the planet.  Did they live up to the hype?  Thanks to my running group #RunEatTweetAZ, we were all able to give it a shot and put it to the test! 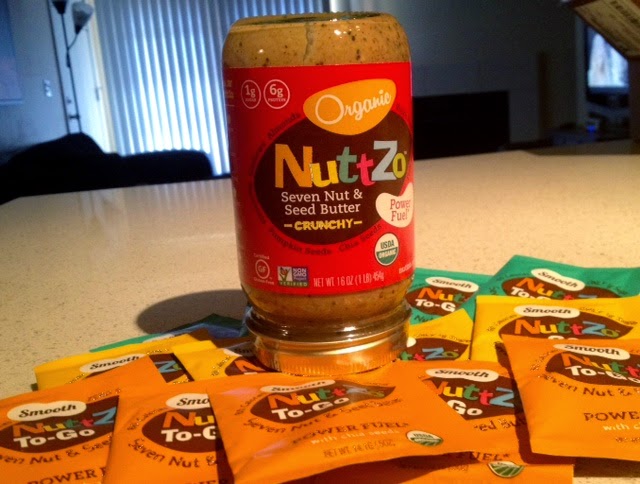 I was so excited to try this product out.  I mean, after all, what's more exciting to a "nut butter" connoisseur then a jar of something new?  To my surprise AND delight, I received not JUST a jar of the Crunchy Powerfuel, but 20 to-go packets as well!  Now I could try ALL the flavors.
Here's a break down of all three flavors (available in smooth or crunchy) and what's in the jar:

Yeah, that's right.... Chocolate!  Needless to say, that was the first one I tried!

It tasted Ah-May-Zing!  However, the to-go packets aren't as convenient as they seem.  I couldn't open it and devour it on a run.  But I COULD get to it easily while standing in my kitchen.  I basically licked the packet clean.

The to-go packets may not be a good "on the run" fuel, but they would be perfect to take along when travelling.  For example, I could take a packet or two with me when travelling to a destination race, and add it to my toast or bagel before the run!

The next morning before a workout was when I finally got to dig into the jar of the PowerFuel!
My favorite pre-run breakfast is always peanut butter on toast.  And I'm a big fan of the breads that contain a lot of seeds.  So this seemed like the perfect match! 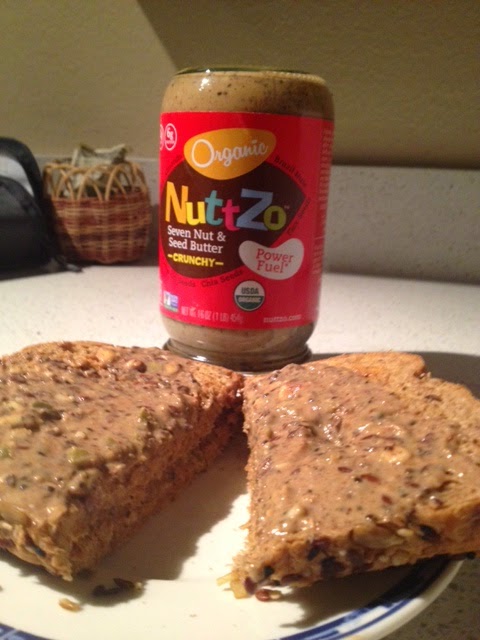 Was it?  Well... how do I put this? Basically... it wasn't enough! I finished my toast and had to grab a spoon to devour some more.  NuttZo is fantastic! I'm usually not a fan of crunchy peanut butter, I'm a "smooth guy" all the way.  But NuttZo was so good! 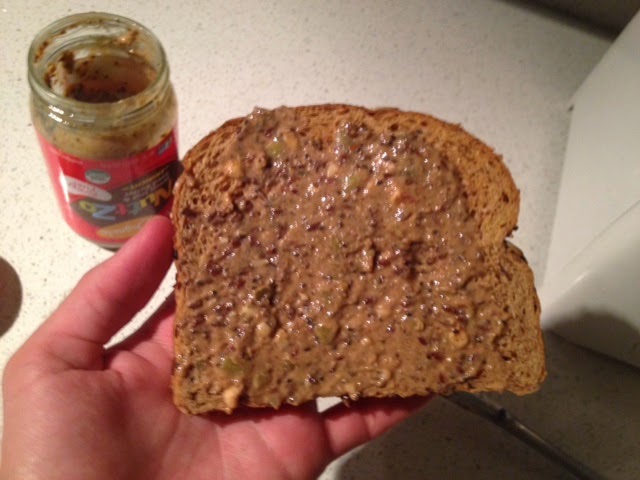 It's definitely the most crunchy nut butter I've ever had, but it's heartier and tastier than anything I've had.  And to top it all off, the "upside down" design causes all the oils to rise to the BOTTOM of the jar, so that way you don't have to do any stirring.  It's as easy as opening the lid, and digging in.

Also, I found out later after doing some research that NuttZo not only has a passion for deliciousness... but they donate a portion of it's sales to the "Project Left Behind" charity.  It's a non-profit charity the owners of NuttZo launched to help support the children living in Ukraine orphanages.  And they visit each orphanage they donate to!

So all in all it's a pretty awesome product, and an awesome company!  I'm trying to talk myself out of already purchasing a few jars of Peruvian Dark Chocolate.... but in the end I know my stomach will win.

Now, it's YOUR chance to win a jar of of Crunchy PowerFuel AND 24 to-go packets!  That's one big box of AWESOME!

*This promotion is in no way sponsored, endorsed, or administered by, or associated with Facebook*